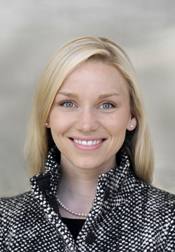 ST. PAUL, Minn. (Aug. 26, 2015) — Biomaterials manufacturing firm Lifecore Biomedical will invest $18 million and create 68 jobs in an expansion of its facilities in Chaska.

The company said it plans to expand an existing facility at 3515 Lyman Blvd. by 25,000 square feet to create room for a medical manufacturing cleanroom and quality control laboratory. The new jobs, which will be created within three years, will pay an average hourly wage of $27.17.

The Minnesota Department of Employment and Economic Development (DEED) is assisting the expansion with $834,000 from the Job Creation Fund. The company will receive the funding once it meets investment and hiring commitments.

“Lifecore Biomedical’s medical products have improved the lives of millions of people around the world,” said DEED Commissioner Katie Clark Sieben.“DEED’s investment will help the company build on its success and bring high-paying jobs to Chaska.”

Lifecore Biomedical, a wholly-owned subsidiary of Landec Corporation, was founded in 1965 and manufactures hyaluronan and other biomaterials into finished aseptically filled dose products for various medical applications, including ophthamology, orthopedics, oncology and veterinary markets. The company’s products have improved the lives of over 50 million patients worldwide.

Lifecore President Larry Hiebert stated, “We are excited about the continued growth of our business within the Chaska community, which started over 25 years ago, and are greatly honored by the support from DEED.”

The Job Creation Fund, which was first proposed by Governor Mark Dayton in 2013, is a pay-for-performance program that provides funding to businesses after they meet certain criteria, including minimum requirements for job creation and private investments. Under the program, businesses must create at least 10 full-time jobs and invest at least $500,000 to be eligible for financial assistance.

Since the Job Creation Fund was launched in January 2014, DEED has awarded $20.3 million to 39 companies in Minnesota. Those companies have committed to creating 2,292 full-time jobs and plan to invest $403 million to expand.

DEED is the state’s principal economic development agency, promoting business recruitment, expansion and retention, workforce development, international trade and community development. For more details about the agency and our services, visit us at http://mn.gov/deed. We’re on Twitter at https://twitter.com/mndeed.