MINNEAPOLIS (Nov. 20, 2013) — After a brief hiatus, the Minneapolis-based beef jerky company Cool Jerk has resumed production of its traditional Lao beef jerky. It will soon be available again for purchase in speciality stores, local events and direct order.

Traditionally, Lao beef jerky was  paired with sticky rice, papaya salad, and other Lao dishes, but Kouanchao says it goes well with almost anything.

“We noticed whenever we served my aunt’s  jerky to our friends at our dinner parties, they all kept asking where they could get it,” Kouanchao said. “ We decided to make Cool Jerk available to all of our friends and the demand has kept growing.”

2014 looks to be a promising year for Cool Jerk, and it’s special timing for the Lao community, who will be observing 60 years since Laos achieved formal independence in 1954. Minnesota is home to the third largest population of Lao in the United States, with over 12,000 residents, most of them with ties to Minneapolis. Cool Jerk is one of the most recent Lao-owned businesses to be established in Minnesota. 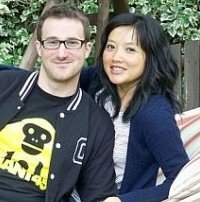 Initially, they offered four flavors: original, lemongrass, sweet and spicy, and “Lao native hot,” a no-holds barred flavor incorporating some of the hottest peppers in the region. Recently, by popular request, the famous ghost pepper has become a part of that combination.

In the early days of the company, Kouanchao and Davis entered the Hell’s Kitchen beef jerky competition in Minneapolis and learned a lot about Minnesotan’s taste for beef jerky. Although they didn’t win that year, they were encouraged by the positive reception.

“We had to put Cool Jerk on hold for a few months because we were consistently selling out, but didn’t have enough capacity to meet demand,” Kouanchao said. “So we recently partnered with Big Steer Meats in Saint Paul MN, who is helping us with our jerky production, and bringing their knowledge and support to the process. They’ve been really great to work with.”

An award-winning company recognized for its innovation, Big Steer Meats has been operating in Minnesota since 1978.

Kouanchao and her family came to the United States in 1979. Born in Savannakhet, Laos, she and her family first resettled in Minnesota and currently live in Northeast Minneapolis. She attended South High School in Minneapolis in the 1980, and went on to study fine arts at the University of Minnesota, with minors in Chinese and East Asian Studies.

“Mom was a teacher in Laos,” Kouanchao said. “She and my father always worked hard so my brother, sisters and I could have access to the best opportunities we could in Minnesota. That included an appreciation for education and for helping others.”

Kouanchao’s childhood  served as the basis for a 2010 children’s book Mali Under the Night Sky, by Youme Landowne, published by Cinco Punto Press. As an artist, she has been recognized for her activism and leadership by the Council on Asian Pacific Minnesotans and by the Lao Professionals Association of Elgin, Illinois. Her work has been exhibited across the US including Washington, Massachusetts, Washington, D.C., Arizona, California and Minnesota.

Kouanchao had been instrumental in presenting the Legacies of War: Refugee Nation Twin Cities Exhibition to Minnesota in 2010 to address issues of unexploded ordnance still left over since the end of the war. 2013 is the 40th year since the end of the secret bombing that covered almost 30% of Laos in cluster bombs. Her family’s hometown of Savannakhet was among the cities affected by the bombing, and was featured prominently in the Australian documentary Bomb Harvest.

Mike Davis wears many hats, including creative director at Burlesque Design, he moved to Minneapolis to start Burlesque with his friends in 2003. Davis is also known as the DJ Mike 2600, and has performed across the country. He has been instrumental in getting Cool Jerk to a wider audience nationally at many festivals and events, including Bumbershoot, CO Exhibitions’ First Annual World Craft Fair, and the Lao Artists Festival. Cool Jerk was recently a part of the Minnesota Cup Food Division Kick-off Event at the Mill City Museum.

“It’s really been an amazing experience, seeing how much people love this,” Davis said.

This month Kouanchao and Davis are hosting the Cool Jerk Customer Appreciation Party on Saturday, November 23rd at CO Exhibitions, from 6 to 9 p.m. Co Exhibitions is located at 1101 Stinson Boulevard. Attendees will get to try all four flavors of Cool Jerk, win door prizes, and “hang out with some of our favorite jerks in town,” Kouanchao said.