Seattle, Wash. (Feb. 17, 2017) — The four members of the 2017 class to be inducted into the Asian Hall of Fame were announced this past week by the Robert Chinn Foundation. 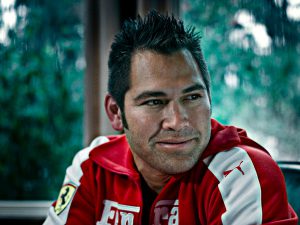 Damon was a two-time All-Star, and one of only four players in MLB history exceed his career totals for hits, runs, home runs and stolen bases. He has 2,769 hits for his career; which is 52nd all-time in a sport more than one century old.

In his reply to the Asian Hall of Fame, Damon said his life and achievements were greatly impacted by his heritage. His mother was born in Thailand and instilled the values and traditions of her birthplace into his life, he said.

“I have constant reminders every day of her journey and love for Thailand,” Damon said. “In 2013, I had the privilege to represent Thailand in the World Baseball Classic. It was incredible to see the passion for sports and the pride they have in their country.”

Damon now resides in Orlando, Fla., with his wife Michelle and eight children. He said it is a great honor to be inducted into the Asian Hall of Fame with the 2017 class.

“I am extremely humbled to be recognized and have my Asian heritage celebrated,” Damon said. “The Asian Hall of Fame is very important for Asian Pacific Americans as a channel to communicate to people on how proud we are to celebrate where we come from and give special recognition to the great people our great region.”

In the induction announcement the Asian Hall of Fame stated that Damon “is that unique star athlete who has remained truly humble in the face of overwhelming popularity. He also has that rare free spirit, enabling him to leverage his all-star performance over the past decade to become one of the most recognizable and popular players in MLB. A leader by example, Johnny is well-liked and highly-respected in the baseball community. 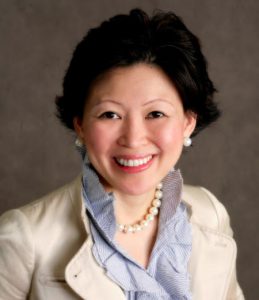 Sonita Lontoh is the vice president of Strategic Markets at Siemens, Digital Grid and a technology executive with expertise in the Internet of Things (IoT), ‘Smart’ Connected Energy/Devices, and Green Technology.

Lontoh’s work addresses the intersection of technology, policy, and business models. She focuses on societal benefits and global cross-collaborations on innovation, human capital and leadership development. Lontoh was previously an executive at Trilliant and PG&E Corporation and was a management consultant at the strategy consulting firm Bain & Company. She was also a technology entrepreneur early in her career.

Lontoh said the Asian Hall of Fame is important as a showcase to celebrate the achievements of Asian Americans in many fields. She said it serves as an inspiration for her and others to “work hard, persevere, have an open mind, embrace the communities, give back to the communities and find the intersection of passion, skills and purpose in their lives.”

“It is a great honor to be selected as an honoree for the 2017 Asian Hall of Fame,” Lontoh said in her response to the foundation. “I don’t view it as an honor for myself, but rather, as an honor for the hard work, commitment and trailblazing that has been done by so many other accomplished Asian American brothers and sisters before me and around me. I view this as the culmination of a collaboration of efforts involving others, from families, to friends, to colleagues, to the communities, and to the American spirit of ingenuity and openness that makes all of this possible.”

Lontoh was invited by the White House to speak at President Obama’s Global Entrepreneurship Summit in Silicon Valley and to attend a celebration for AAPI Women Champion of Change. She has also been invited by former U.S. Secretary of State John Kerry to a roundtable to discuss global energy transformation issues.

Lontoh is a selection committee member and mentor for TechWomen, a U.S. Department of State’s women-in-technology initiative originally launched by former U.S. Secretary of State Hillary Clinton, and for Endeavor, the global high-impact entrepreneurship nonprofit. She is a co-founder and chair of the board of the Indonesian Diaspora Foundation (IDF) and a co-founder and Executive Director of the Silicon Valley Asia Technology Alliance (SVATA).

Lontoh has contributed to and appeared in the World Economic Forum, the Wall Street Journal, CNN, NBC, Reuters, BBC, TIME, Bloomberg and other respected publications. She is a graduate of the Massachusetts Institute of Technology (MIT), Kellogg School of Management at Northwestern University and the University of California, Berkeley.

As a first generation immigrant Lontoh said her heritage has always guided her approach to the world along with family and education. She said her family instilled the the value of giving back to the community.

“I think my heritage gave me the opportunity to look at the world from amore global perspective, that while we have an unsurpassed opportunity here in America, we can also help spur more global cross-collaborations between America — especially in technology in SiliconValley — and the world to enable more growth, opportunity, and sustainability for all,” Lontoh said. 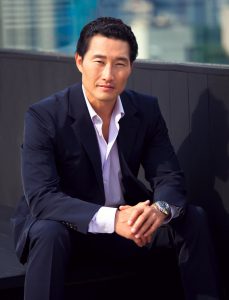 Born in Busan, South Korea and raised in New York and Pennsylvania, Kim discovered acting while a student at Haverford College. After graduation, he moved to New York City and began his career on stage, performing in classics such as “Romeo and Juliet,” “Ivanov,” and “A Doll’s House.” He then enrolled at New York University’s Graduate Acting Program, where he earned his Master’s Degree.

After receiving his MFA, Kim’s film career began in earnest with roles in “The Jackal,” “For Love of the Game,” “The Hulk,” “Spider-Man 2” and “The Cave,” as well as the Academy Award-winning “Crash.” He created the role of Jack Kang in The Divergent Series films: “Insurgent” and “Allegiant.”

Kim was best known for his role as Jin Soo Kwon on the hit TV series “Lost,” for which he shared a 2006 Screen Actors Guild Award for Best Ensemble, and was individually honored with an AZN AsianExcellence Award, a Multicultural Prism Award and a Vanguard Award from the Korean American Coalition all for Outstanding Performance by an Actor.  In 2009, he was recognized with the prestigious KoreAm Achievement Award in the field of Arts and Entertainment and also named one of PEOPLE Magazine’s “Sexiest Men Alive.”

As Chin Ho Kelly on HAWAII FIVE-0, Kim continues his string of multifaceted and stereotype-breaking roles.

Kim has lent his voice talents to the award winning Studio Ghibli film “The Tale of Princess Kaguya,” as well as to several video games, creating the role of Johnny Gat in “Saints Row,” games 1, 2 and 3. On television he voiced roles in “Justice League Unlimited” and “Avatar: The Legend of Korra.” On camera, he has guest-starred on numerous tv shows, including “CSI,” “ER” and two seasons on “24” as CTU Agent Tom Baker. In 2008, he starred in the Emmy Award-nominated miniseries “The Andromeda Strain.”

Most recently, he received a Broadway Beacon Award for his role as the King of Siam in Lincoln Center’s Tony award-winning production of “The King and I” as well as the Theater Legacy Award from New York’s PanAsian Repertory Theater.

Kim spearheads his production company 3AD, established in 2014. With a first-look development deal at CBS Television Studios, 3AD has developed original content, IPs and global formats. The company is committed to storytelling that integrates characters and cultures underrepresented in today’s media landscapes. Over the course of three development seasons, 3AD has successfully sold seven properties to top buyers, including CBS, CW, ABC and TV Land. Currently, the company is developing a medical procedural with HOUSE show runner David Shore; a legal drama with CASTLE co-showrunner Alexi Hawley; and a cable dramedy based on RE JANE, a New York Times bestselling novel. Kim will serve as executive producer.

Kim served as Cultural Envoy and Member of the U.S. Presidential Delegation for the United States at the World Expo in Korea. He spends time in Los Angeles and New York, but spends most of the year in Honolulu, Hawaii where he devotes his free time to family and various charities. Follow him on Twitter and Instagram @danieldaekim and on Facebook at http://on.fb.me/12jaY8n. 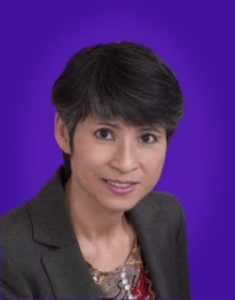 In 2002, Le became the first Asian-American and the only woman in Texas Instruments’ history to be named a TI Senior Fellow, the highest elected technical title. She began her career with TI as a memory design engineer at the age of 19 and was responsible for bringing up the multi-billion-dollar memory product line, with joint venture partners in five countries and three continents for the first time in TI’s history. One of the digital signal processor (DSP) products under her development leadership was recognized in the 2004 Guinness World Records while two of the DSP products under her operational management each generated more than $2 Billion in revenue.

In 2008, Le helped to establish businesses in Vietnam and worked with local universities to update teaching curricula, create laboratories, and implement an annual national design contest to nurture future engineers. She holds 24 patents.

Le chairs the Compensation Committee for the Board of Directors at National Instruments Inc., and serves on its Audit and Nomination & Governance Committees. She chairs the Compensation and Technology Committees at eSilicon Corporation. In 2015, she was elected to the Board of Medigram Inc. and in 2017 to the board of Ballard Power Systems Inc. She is recognized by the National Association of Corporate Directors as a NACD Board Leadership Fellow.

Her philanthropic activities around the world focus on education and STEM (Science, Technology, Engineering, and Math).

The Asian Hall of Fame is a national recognition event honoring the culture, heritage, and achievement of Asian Pacific Americans. The first event took place in 2004 and 22 honorees have since been inducted.

Previous inductees to the Asian Hall of Fame include: