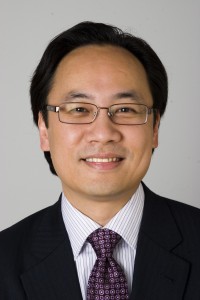 NEW YORK (Jan. 6, 2014) — Yang Chen, a resident of New York City, is the first Asian-American to be elected National President of USA Dance.

The non-profit, multi-sports ballroom dance organization is comprised of 160 chapters and serves as the National Governing Body for DanceSport in the United States. USA Dance is the USA member organization of the United States Olympic Committee and member of the 92-country World DanceSport Federation, and is recognized by the International Olympic Committee as the global governing body for DanceSport.

Chen, 49, is an attorney, graduate of NYU School of Law and Binghamton University, and also serves as Executive Director of the Asian American Bar Association of New York, a position he has held since 2009.

“I am honored to have been elected by the members of USA Dance, in an election with record turnout, to serve as the organization’s next President,” says Chen. “I will carry on and build upon the work of the leaders who have preceded me, and I look forward to laying the groundwork for the future of USA Dance as it reaches is half-century mark in 2015.”

With his active involvement and under his leadership, the Greater NY Chapter also has organized the country’s largest and most prestigious amateur ballroom dance regional competition. The Manhattan Amateur Classic, known as the MAC, will be held this month, Jan. 17-19, 2014 at the Grand Ballroom of the Manhattan Center and will host more than 1,000 of America’s top DanceSport athletes, ages 7 to 70, who seek to qualify there for the USA Dance National DanceSport Championships in Baltimore, Mar. 28-30, 2014.