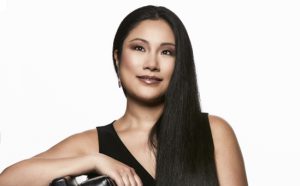 MINNEAPOLIS (May 24, 2017) — Pianist Xiayin Wang will replace Ingrid Fliter as the featured soloist in three Minnesota Orchestra concerts this June, following Fliter’s withdrawal from the concerts due to family reasons.

Led by Juanjo Mena, the program will remain unchanged, featuring Falla’s Interlude and Dance from La Vida Breve, Debussy’s Images and Mozart’s Piano Concerto No. 23. The concerts are slated for 11 a.m. on Thursday, June 8, and 8 p.m. on Friday, June 9, and Saturday, June 10, at Orchestra Hall.

Xiayin Wang has made numerous celebrated recordings and performed throughout the world, from Carnegie Hall and Lincoln Center to music centers in South America, Europe and Asia. Last November, she released her most recent recording of Ginastera’s Piano Concertos No. 1 and 2 with the BBC Philharmonic and their Music Director Juanjo Mena. She has performed with the Baltimore, Houston and Pittsburgh symphonies, as well as appeared in recitals in Austria, Russia and her native China. Completing her studies at the Shanghai Conservatory, she came to New York in 1997 and holds Bachelor’s, Master’s, and Professional Studies degrees from the Manhattan School of Music.

All programs, artists, dates, times and prices subject to change.