Follow the sounds and stories of these three artists across the world to Ghana, Puerto Rico, and Thailand as they create unexpected cross-generational collaborations and engage in conversations about music, home, tradition, and family. This limited film engagement will run Friday and Saturday, Feb. 6 – 7, 2015, at 7:30 p.m. at Intermedia Arts | 2822 Lyndale Ave South, Minneapolis, MN 55408.

The February 6 event will include the film + Live Performances by Maria Isa & Tou SaiKo Lee.

The February 7 event will include the film + Post-show Dialogue with filmmaker Justin Schell.

Audiences at the February 7 screening will have an opportunity to engage in a post-show dialogue with We Rock Long Distance filmmaker, Justin Schell. At the February 6 screening, audiences will get to meet two of the artists, Maria Isa and Tou SaiKo Lee who will be performing live before the film rolls. Soaking up some of Maria Isa’s signature Latin Soul/Hip-Hop/Bomba and taking in Tou SaiKo Lee’s unmistakable Spoken Word-infused Hip-Hop, audiences will be prepared to journey into the story of We Rock Long Distance.

One of the best-known sites for underground hip-hop, each artist’s story in the film begins in Minneapolis-St. Paul.

We Rock Long Distance follows M.anifest to his home in Accra, Ghana, where he connects with hip-life artists from across the country, performs in front of his family for the first time and explores connections with his world-renowned grandfather, the composer, poet, and scholar J. H. Kwabena Nketia.

The film joins “Sota Rican” Maria Isa as she explores the links between hip-hop, reggaeton, and the folkloric arts of Puerto Rico she grew up performing, bomba and plena. Follow her as she traces her musical and familial genealogy from San Juan and Loiza to the campos of Vega Baja.

In Thailand, We Rock Long Distance follows Tou SaiKo Lee’s ongoing work using hip-hop and poetry to create new and stronger bonds between Hmong Americans and Hmong in Southeast Asia, as well as between youth and elders – some of whom have never heard of hip-hop. Tou SaiKo Lee also learns more about kwv txhiaj, a Hmong practice of oral poetry, in an attempt to build a bridge to this centuries-old practice through hip-hop.

In addition to overturning dominant stereotypes and creating unexpected cross-generational connections, M.anifest, Maria Isa, and Tou SaiKo Lee are well-known at home and abroad for strengthening communities through their words, music, and actions.

We Rock Long Distance offers an intimate look at the creative process while engaging artists and audiences in conversations and stories that resonate far beyond the land of 10,000 lakes.

Tickets are $7 advance, student, senior | $9 door. Seating is limited – advance tickets are encouraged. Available online: ima.tixato.com/buy/we- rock-long-distance or by calling 612.871.4444 and at IntermediaArts.org. 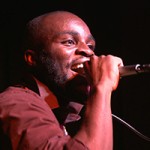 Born and raised in Accra, Ghana, M.anifest came to the Twin Cities to study at Macalester College in St. Paul. He began rapping while in high school, but rose to prominence with the release of his debut album M.anifestations in 2005. He has since been named “Best songwriter” by the City Pages and released a follow-up full length, The Birds and the Beats, as a free download in support of Young Entrepeneurs in Africa. He is currently completing production on his next album, Coming to America. Along with Krukid, an MC originally from Uganda and now based in Illinois, M.anifest formed A.R.M. (African Rebel Movement), and released the Two Africans and A Jew EP with producer Budo. 2010 has brought him global exposure, including performances in Paris and Spain with the likes of Femi Kuti, Tony Allen, Amadou and Mariam, and Damon Albarn as part of the “Africa Express” showcase. His trip to Ghana for We Rock Long Distance will be his first since January of 2009 and will encompass a ten-city tour across Ghana, in addition to a collaboration with his grandfather, renowned ethnomusicologist and composer J.H. Kwabena Nketia. 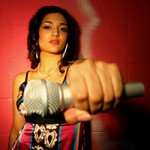 A self-proclaimed “Sota Rican,” Maria Isa was born in St. Paul, but can trace her roots to the NuYorican Lower East Side all the way to the cities and campos of Puerto Rico. She is an MC, singer, spoken word artist, and actress who divides her time between the Twin Cities and New York. Wherever she may be, though, she’s always rockin’ a “TC Fitted” Twins cap. Maria has released two albums, M.I. Split Personalities and Street Politics, and is currently prepping to a launch Sip It, a mix tape. From a young age, Maria was steeped in the folkloric arts of Puerto Rico,bomba and plena, which she has performed since the age of four as part of her mother’s and aunt’s arts center in St. Paul, El Arco Iris (“The Rainbow”). She has since become Co-Artistic Director of the center, effortlessly blending hip-hop, reggeaton, and bomba as she inspires the next generation of artists and activists. 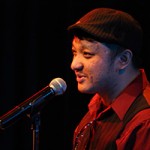 Tou SaiKo Lee is a spoken word artist, MC, and community organizer. Born in a Hmong refugee camp in Nongkhai, Thailand, he moved to Syracuse, New York when he was one month old, then moved to Providence, and finally came to St. Paul, Minnesota in his early teens. He founded the first socially-conscious Hmong hip-hop group, Delicious Venom, with his brother Vong, and now works as a solo artist as well as being a member of the funk-rock band PosNoSys (Post-Nomadic Syndrome). Tou regularly performs with his grandmother, Youa Chang, as “Fresh Traditions,” mixing his own hip-hop and spoken word with his Grandma’s style of oral poetry, kwv txhiaj. Tou has worked in schools around Minnesota and around the country, and with non-profit organizations such as the Center for Hmong Arts and Talent (CHAT), Hmong American Partnership, and In Progress on projects as various as the Fong Lee police brutality case, mental health and Hmong Americans, and The H Project, an album created to increase awareness about the Hmong genocide occurring in Laos. Tou is currently completing his debut solo album. In 2008, Tou visited Thailand for the first time since his birth in Nongkai, and is excited to reconnect and build upon his experiences in his return trip as part of We Rock Long Distance. 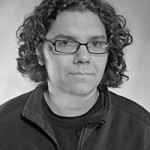 Justin Schell is a filmmaker, writer, photographer, and the Digital Arts Sciences + Humanities Specialist for the University of Minnesota Libraries. His first documentary, Travel in Spirals, tells the powerful story of Hmong hip-hop artist Tou SaiKo Lee’s journey back to Thailand, 30 years after he was born in a refugee camp there. His video work has been shown in the Walker Art Center, TPT, and online at the Huffington Post and the Progressive and screened in the Twin Cities Film Fest, Twin Cities Underground Film Festival, and the Qhia Dab Neeg Hmong Film Festival. He has also produced visuals for the recent dance opera, Test Pilot, with Jocelyn Hagen and Penelope Freeh. Schell has written journalism for the Walker Arts Center,Rain Taxi, Mshale, Twin Cities Daily Planet, and his history of Twin Cities hip-hop is published in Hip-Hop in America: A Regional Guide. He holds a PhD in Cultural Studies and Comparative Literature at the University of Minnesota.

ABOUT THE CATALYST SERIES

Intermedia Arts’ Catalyst Series is dedicated to collaborating with and providing support for artists, arts groups, and organizations working as catalysts for change in their communities. The Catalyst Series is designed to engage audiences by provoking new performing, visual, literary, multimedia and film presentations that spark dialogue and inspire social change. Our goal is to provide artists, arts groups, and arts organizations with the resources necessary to focus on their creative process, connect with their communities, advance their career, market their work, and develop new audiences.

As Minnesota’s premier multidisciplinary, multicultural arts organization, Intermedia Arts builds understanding among people by catalyzing and inspiring artists to make changes in their lives and communities. We provide creative people of all ages with the opportunities, tools, and support to come together across disciplines, sectors, and boundaries to connect, create, share, collaborate, innovate, think big, and act as catalysts for positive community-driven and community-defined change. We are a nationally recognized leader in empowering artists and community leaders to used arts-based approaches to solve community issues. By stimulating deeper community engagement and providing a platform for the stories and experiences of underrepresented communities locally, nationally, and internationally, we contribute to a stronger, healthier society.