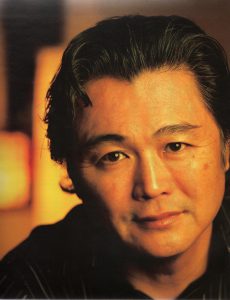 MINNEAPOLIS (Nov. 6, 2018) — “A Stranger’s Journey: Race, Identity and Narrative Craft in Writing,” is the latest nonfiction work from David Mura, a Japanese American writer based in the Twin Cities.

Mura’s book presents a challenge to the ways creative writing has been taught, based on his experience over several years as a master teacher at various organizations and universities.
“I want white writers to see that a refusal to examine the issues of race and identity constitutes not only a willed ignorance but can lead to failures in craft,” Mura said. “I want this book to influence the way literature is practiced, taught and read.”
In “A Stranger’s Journey,” Mura argues for a more inclusive and expansive definition of craft, particularly in relationship to race. At the same time, he elucidates timeless rules of narrative construction in fiction and memoir. His essays offer technique-focused readings of Asian American writers like Maxine Hong Kingston, Garrett Hongo, Shawn Wong and Jhumpa Lahiri as well as writers like James Baldwin, ZZ Packer, Mary Karr, and Nobel Prize author V.S. Naipaul. 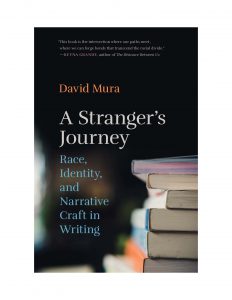 Mura also makes compelling connections to his own life and work as a Japanese American writer, particularly his two memoirs, “Turning Japanese,” which was a New York Times Notable Book, and “Where the Body Meets Memory.” The families of both his parents were interned during World War II and he has investigated how that experience shaped his own sense of ethnic and racial identity.
Recently, from 2015-2017, Mura taught a two year course for Twin Cities writers of color and indigenous writers at the Loft literary organization, and this book reflects some of his lessons from that class.
“A Stranger’s Journey” is a book for writers but it is also a book for readers who want to know more about how the issues of race play out in literature and readers who simply enjoy literature.
Share