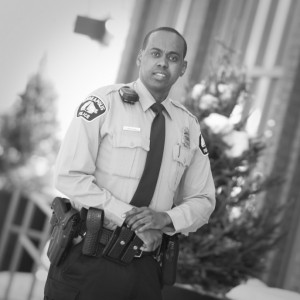 MINNEAPOLIS — Named with a nod to our northern clime, the traveling exhibit Tracks in the Snow: The Minnesota Muslim Experience since 1880 offers an insightful glimpse into this growing segment of the state’s population and their rich contributions to its social landscape.

This free exhibition will be on view in the Walker Art Center’s Medtronic Gallery Thursday, July 31 through Thursday, Aug. 8.

Take a walk in the footsteps figuratively referenced in the title of this show created by the Islamic Resource Group (IRG). The stories of 25 individuals featured in these portraits encapsulate the variety of backgrounds and experiences that have led so many Muslims to make Minnesota their home for more than a century.

The public is welcome to come to a community reception for Tracks in the Snow on Saturday, Aug. 2, 1 to 4 p.m. in Medtronic Gallery.

The exhibit is designed to expose Minnesotans to the untold narratives of Minnesota Muslims, a deep-rooted and growing part of the state’s community. Contrary to popular belief, Minnesota Muslims come from diverse cultural and ethnic backgrounds like the broader Muslim American population.

This exhibit provides a unique perspective about a community that is little known and widely misunderstood due to popular misinformation and misconceptions.

To build bridges within the greater Minnesota community, IRG interviewed 40 Muslim Minnesotans in 2010-11 to share their portraits and stories. In the second phase of the Minnesota Muslim Experience project, they created a book and DVDs to distribute the interviews widely. 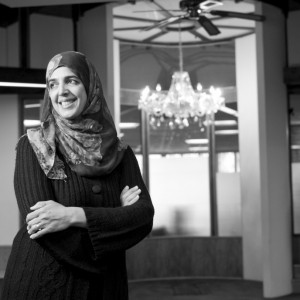 Now they partner with the Walker in the third phase, produced by IRG through generous support from the Minnesota Historical Society Arts and Cultural Heritage Fund. Tracks in the Snow was previewed at the Minneapolis Institute of Arts and the Minnesota State Capitol before coming to the Walker.

•Tracks in the Snow Community Reception

Join the Walker and Islamic Resource Group to celebrate Tracks in the Snow: The Minnesota Muslim Experience since 1880 and to learn more about the exhibition at this free community event.

• IRG Tracks in the Snow Podcasts

“As a Muslim we have to face the reality that we are Americans, we are the product of where we live. Luckily, we come to the best country in the world which is the United States, which is like a land of immigrants. –Minneapolis Police Officer Abdiwahah Ali

Listen to podcasts with subjects from Tracks in the Snow: The Minnesota Muslim Experience since 1880 including an episode with officer Abdiwahah Ali of the Minneapolis Police Department at IRGMN.org