Mu Performing Arts is going back to its original, Theater Mu. With the successful launch of Taiko Arts Midwest, the need for an umbrella name to serve both taiko and theater is no longer needed. The remaining theater group is now known once again as Theater Mu and will have a new logo and branding by the fall of 2018.

The Theater Mu lineup is all on the theme “Through HER Eyes: Celebrating Female Playwrights and Protagonists.” Through HER Eyes features three female Asian American playwrights, three world premieres, one regional premiere and a diverse showing of female protagonists. 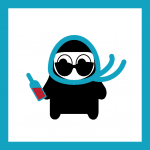 Two Mile Hollow
Written by Leah Nanako Winkler
February 16th – March 4th, Mixed Blood Theatre
A parody coupled with moments of disorienting sincerity, Two Mile Hollow explores the dysfunctional family with brutality, awe and compassion. When the Donnellys gather for a weekend in the country to hash out belonging from their recently sold estate, an emotional storm breaks inside while a literal storm brews outside. 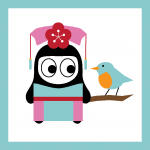 The Princess’ Nightingale
Written by Damon Chua
May 2nd – 19th, SteppingStone Theatre
A thrilling new adaptation of Hans Christian Andersen’s “The Nightingale.” In eighteenth century China, the prince and the princess of the dynasty embark on a magical competition to learn the wonders of their land. Will they be distracted by the glitter of royalty and fantastical entertainment or will they learn the lessons of the Nightingale and see the world with compassionate eyes? 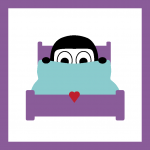 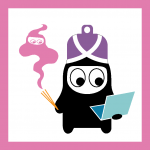 The Korean Drama Addict’s Guide to Losing Your Virginity

The Korean Drama Addict’s Guide to Losing Your Virginity
Written by May Lee-Yang
July 27th – August 19th, Park Square Theatre
She’s a Hmong personality coach addicted to Korean Dramas (soap operas with fantasy plot lines). He’s the heir to a Korean manufacturing giant banished to the new Midwest office. Will she find a man before the magic hour of her 30th birthday? Will he buck tradition and embrace his musical dreams? Fantasy collides with reality in this romantic comedy about fate, cultural clashes, and the art of losing one’s virginity.

A subscription includes all four mainstage shows for as low as $50, with fair market value for the package at $100. Along with the four shows, subscribers will receive a subscriber card, personal subscriber concierge and invitations to attend special events. This season also premieres experimental Pay As You Are pricing. Theater Mu strives to voice the stories of the Asian American community and in order to bring performances to those communities whose stories they tell, Mu is committed to make them as accessible as possible. Pay As You Are pricing asks those who routinely pay $35-$40 for theater tickets to choose to pay that; it is the actual fair market value of the ticket. If an audience member needs to pay less, they can choose to pay less – as little as $5 per ticket.