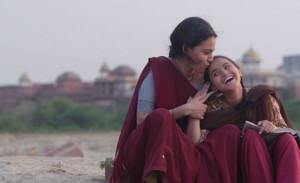 For 17 days, April 7-23, MSPIFF will screen films from all over the world right in the Twin Cities. Fifteen of these films are selected from Asian countries to be included in the Asian Frontiers program. Among them are feature films from South Korea, Japan, China, Cambodia, Hong Kong, Taiwan, Indonesia, India, the Philippines, Malaysia and Thailand.

“The New Classmate” (NR, India, 2015) is a debut feature of Indian director Ashwiny Iyer Tiwari. According to the director during an interview with Indiwire, India is a country where 38 percent of girls drop out of school by the eighth grade. With that in mind, and the fact that a woman director is a rarity in her country, Tiwari’s first film “The New Classmate” is a timely and significant production. Writing her own script, Tiwari’s unique and interesting story brings out the hopeless mindset of the poor: why study if your life is prescribed, why dream if you know you can’t see it fulfilled? 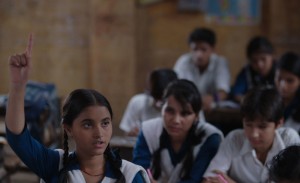 Chanda works as a maid, but she dreams that her daughter Appu will finish high school and get to college, to strive for a better future. However, Appu has no aspiration of the kind. Her mindset is exactly as the limits society has put on her: she is resigned to be a maid for the rest of her life. This thought motivates Chanda to do everything to create for her daughter a better tomorrow.

With the help and advice of her boss, a retired physician, Chanda comes up with a plan to hopefully get Appu to be interested in school and not drop out. She is to go back to school herself, actually to be in the same class as her daughter, by so doing she can become a challenge to Appu, or they can build a shared interest, or just to learn the subject well enough to assist her. Things of course don’t turn out as she has hoped. Which daughter would want her peers to know this mature, new student is her mother?

The story is realistic, stirring up empathy and showing viewers the boxed-in trajectory of life among the working poor in India. With the backdrop of the Taj Mahal in a distant, Chanda’s dream is as elusive as the seeming mirage of the grand architecture.

But the film ends with a positive note. After some tumultuous episodes, and with the help of a more mature classmate showing the way, Appu comes out of the dead-end street of her life, begins to appreciate her mother’s intention and sacrifice, and starts to weave her dream and change her own future.

The melodramatic storyline and the occasional trite dialogues can easily be overlooked as the realism takes hold, and the heartfelt, emotive narratives win over.