The inaugural Seattle Taiwanese American Film Festival (STAFF) will take place June 29 to July 1. Sponsored by the Taiwanese American Professionals in the greater Seattle area, the Film Festival will cast its spotlight on Taiwan, renown as the Treasure Island (寶島), or as the Portuguese sailors first called it back in the sixteenth century, Formosa, ‘the beautiful island’.

Several documentaries in the Festival aptly present the essence of the namesake. 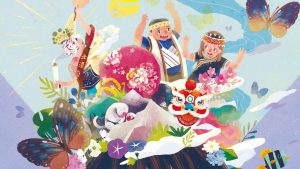 After a life-threatening tumor in 2002, Charlie Chu decided to focus on life’s precious details. “Formosa 3D” is a stunning montage of Taiwan’s nature and varied landscapes, as well as portraying traditional trades at risk of dying out.

Director Charlie Chu (曲全立) received the 3D Creative Arts Award for his visually stunning documentary made over ten years amidst a life-changing health ordeal. It was out of much love for the Island and immediacy for its preservation that Chu completed his project.

The feature offers breathtaking cinematography to depict not only Taiwan’s seasonal beauty but its treasure trove of biodiversity. Underwater 3D camera captures the mesmerizing world of the ocean, the 300 coral species, almost comparable to the Great Barrier Reef in Australia, and the diverse species of fish that make up 10 percent of the world’s overall total.

As well, the extraordinary population of Milkweed Butterflies — an ecological amazement nothing short of the attractive Monarchs in Mexico — is another national treasure of Taiwan. The film makes a heartfelt call for the conservation of the natural environment and the protection of the biosphere to stop the trajectory towards extinction.

The documentary also showcases the need for the preservation of the distinctive cultural arts of Taiwan such as puppetry, handmade musical instruments, calligraphy brushes, and other exquisite folk arts and craftsmanship rarely explored on the big screen.

Showtime for “Formosa 3D” is 1:10 p.m. Sunday, July 1. Director Charlie Chu will be in attendance to participate in a Q&A session following the movie. 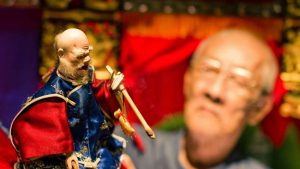 In “Father” (紅盒子) Chen Hsi-huang is the eldest son of Li Tien-lu, the renowned Taiwanese glove puppeteer, but his relationship with his father had always been strained.

The feature documentary “Father” has a unique story to tell. Director Yang Li-Chou (楊力州)  focuses on the traditional glove puppeteer Chen Hsi-huang who at age 79, set up a performing troupe which soon earned him recognition the world over. The man in the limelight is the eldest son of the legendary Taiwan glove puppet master Li Tien-Lu. The film reveals that despite a strained relationship with his father, Chen presses on to preserve a family tradition after his father’s passing.

Twenty some years ago, the acclaimed director Hou Hsiao-Hsien had made a film based on Li entitled “The PuppetMaster” (1993), which garnered him the Jury Prize at Cannes and a nomination for the Palme d’Or. Now director Yang has crafted a visual record of the son’s role in keeping the family legacy, preserving so far, a treasured but dying artform.

Showing of “Father” will be 11:40 a.m. Saturday, June 30. Director Yang Li-Chou will be in attendance for a Q&A after the film. 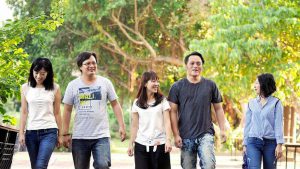 In “A Journey of 35” (海闊天空), follow the five Taiwanese teenagers’ life story slowly unfurl before our eyes like precious scrolls. Much like watching ourselves grow, one discovers when going back suddenly to the age of fifteen that life was full of choices, and every step taken was a form of energy.

In 1996, Director Lo Yi-Hsiu (羅儀修) began to film five fifteen-year-old teenagers, prompting them to reveal their dreams for the future. Ten years later she went back to interview them to gauge their development. In 2016, twenty years later, Lo re-entered their lives and explored their state of mind as well as their workplaces and homes, some in the city, some in more rural region. This documentary is the fruit of her longitudinal filmmaking over 20 years.

“A Journey of 35” is quite like Linklater’s “Boyhood” (2014) which followed the same cast over twelve years, but this is no fiction. It is a real-life chronicling of five youngsters growing up in Taiwan, five lives that had gone through the educational reform in 1996 and came out as adults twenty years later.

What Lo reveals through her investigative documentation is the fulfillment of the ordinariness of living. Despite the incongruence of present day reality and earlier childhood dreams, these five respondents have come to terms with what life has dealt them; their dreams may not have fulfilled exactly as they had envisioned at age 15, they embrace still their present situation with eagerness and acceptance. While materialism may have swallowed many others, these five individuals are well adjusted and grounded in a thriving economy.

Unlike “Formosa 3D”, Lo has captured another form of beauty of the land: the assurance of self and identity in a homeland anchored by family and loved ones. All five are satisfied with their lot and going forward with confidence. They are bringing up the next generation to appreciate those same values that had raised them: family bonds, community relationships and hard work. An inspiring documentation of five ordinary lives.

Other festival selections include a series of short films on the first day, and full-length features of various genres following. To see the film schedules and the detailed program of STAFF, visit their website: http://www.seataff.org/