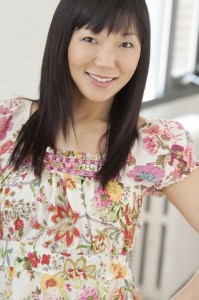 The McKnight Theater Artist Fellowships at the Playwrights’ Center recognize Minnesota theater artists other than playwrights whose work demonstrates exceptional artistic merit and potential. The grant provides $25,000 as well as additional funds for career or artistic development. This year the available project development funds for each artist have increased from $1,000 to $7,000, opening up new possibilities for artistic collaborations and the birth of new theatrical work.

“As always, I’m thrilled that the McKnight Foundation and the Playwrights’ Center can collaborate to celebrate the excellence of three such incredible theater artists here in Minnesota,” says Producing Artistic Director Jeremy B. Cohen. “Both Steve and Sun Mee have been developing work by playwrights here at the Center for years, and we’re excited to have them even more deeply involved next season. And to have Denise (who I had the privilege of collaborating with on Beautiful Thing last season at Theater Latté Da) as the first music director to win this fellowship is sensational!”

Sun Mee Chomet will perform her award-winning one-woman show How to Be a Korean Woman this September as part of the Guthrie’s 2013-14 season, after performing the show in South Korea this summer. In addition, Sun Mee was chosen as one of 10 North Americans to participate in the 2013 Korean Education and Exposure Program, a peace delegation trip to the Democratic People’s Republic of Korea.

This fall she will play Oberon/Hippolyta in Ten Thousand Things’ production of A Midsummer Night’s Dream. Sun Mee has worked with the Guthrie Theater (The Burial at Thebes, Macbeth, The Intelligent Homosexual…); Mu Performing Arts (WTF, Cowboy vs. Samurai, Asiamnesia[playwright and actor]); History Theatre (100 Men’s Wife); Penumbra Theatre (for colored girls…); Mixed Blood Theatre (Elemeno Pea) and many other theaters locally and nationally.

“I am over-the-moon honored to be a 2013-14 McKnight Theater Artist recipient,” said Sun-Mee Chomet. “It is affirming and humbling at the same time, in a town with so many mind-blowing great theater artists. As an actor, for every one great YES, there have been over a hundred NOs over the years. Theater takes tremendous perseverence. So, this is a moment to take a breath and know I’m doing what I’m meant to with my life. What do I hope to accomplish? The same thing I hoped to accomplish before the McKnight…continue to make great work, act in great plays, and contribute to the American theater.”

Denise Prosek has worked extensively as a music director, pianist and arranger in the Twin Cities for the past 20 years. As resident music director of Theater Latté Da, she has music directed 40 mainstage productions and numerous cabarets, including Spelling Bee, Evita, The Full Monty and the Ivey award-winning Spring Awakening. Other credits include Children’s Theatre Company (How the Grinch Stole Christmas, Mr. McGee and the Biting Flea), Ordway (Broadway Songbook), Guthrie Theater (She Stoops to Conquer – workshop), Park Square Theatre (Ragtime,Johnny Baseball) and Mu Performing Arts (Into the Woods,Little Shop of Horrors). She was named Outstanding Musical Director by the Star Tribune in 2006 and 2008, Best Music Director by Lavender in 2010, and was honored as Lavender’s 2012 Theater Artist of the Year.

Stephen Yoakam has appeared in more than 75 Guthrie Theater productions, including the recent critically-lauded one-person show An Iliad, as well as The Burial at Thebes,Oedipus, Three Sisters, Hedda Gabler and Black No More. Other notable Twin Cities productions include Who’s Afraid of Virginia Woolf?, The Seafarer and A Delicate Balance(Jungle Theater); Blackbird and Bug (Pillsbury House Theatre); and Peer Gynt (Minnesota Orchestra). He is a founding member of Mixed Blood Theatre, and was named Best Actor of 2011 by City Pages.

The Playwrights’ Center has partnered with the McKnight Artist Fellowship program since its inception in 1982 to administer more than 150 fellowships, arranging independent selection panels and providing artistic support to fellows.