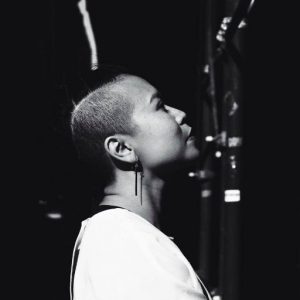 A Pushcart-nominated Khmer writer and musician from the Bronx, New York, Sokunthary Svay and her family were refugees from Cambodia who survived the genocidal Khmer Rouge regime. Today she is the poetry editor for Newtown Literary and a founding member of the Cambodian American Literary Arts Association.

Svay’s work has been published internationally in Japan, Malaysia, Indonesia, London and Australia. She was a subject in New York Magazine’s “Living in a Sanctuary City” portfolio and featured in the New York Immigration Coalition’s “This is Our NY,” broadcast in Times Square. Additional writing credits include Homelands: Women’s Journeys Across Race, Place and Time, LONTAR: Journal for Southeast Asian Speculative Fiction, FLESH, Prairie Schooner, Women’s Studies Quarterly, Blue Lyra Review and Mekong Review. She is a past Willow Arts Alliance Residency Fellow and a recipient of the First Friday Residency at the Jamaica Center for Arts and Learning. Svay recently received an American Opera Projects’ Composers & the Voice Fellowship for 2017-18, where she will gain experience as a writer for voice and the operatic stage alongside her composer partner Liliya Ugay.

Svay discussed the title saying that “The apsara is the mythical deity that decorates most Khmer temples, and it represents the ideal woman in Cambodia. In fact, even the classical dancers are modeled after them. My ‘Apsara in New York’ image meant a meeting of my heritage/culture being dropped into the madness, urban temples (not necessarily religious, but sacred spaces personal and whatnot). I feel like my work and who I am embodies the jarring combination of old world Cambodian tradition and culture with the adjustment of U.S., the Bronx, NYC in general.”

Now in its 30th year, Poets House was founded in 1985 by two-time U.S. Poet Laureate Stanley Kunitz and arts administrator Elizabeth Kray. From their modest beginnings and growth to serving millions each year, Poets House continues to bring world-renowned poets to new audiences, welcoming poetry experts as well as those new to the art form, every day.Poets House is located at Ten River Terrace (at Murray Street).

Willow Books is the literary imprint of Aquarius Press. The mission of Willow Books is to develop, publish and promote writers typically underrepresented in the literary field. An independent press with a woman of color at its helm, Aquarius Press/Willow Books is recognized as an industry leader for its commitment to artistic development. In addition to publishing, Willow provides a national platform for its authors to engage with the public through readings, workshops, conferences, competitions, and streaming broadcasts across the country. Several of Willow’s authors have earned fellowships, post-graduate degrees and faculty tenure due in large part to being published by the press.

Key partnerships have been formed with many institutions of higher learning and organizations such as PEN/Faulkner, Busboys & Poets/Teaching for Change, and Cave Canem. For more information about Willow Books you can visit https://willowlit.net.