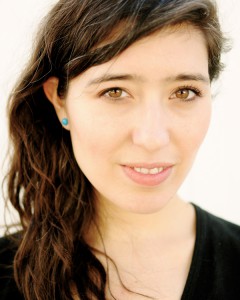 “The Playwrights’ Center is entering its 45th year, and for the last 40 of those years we’ve had the great fortune of partnering with the Jerome Foundation to award fellowships to incredible emerging playwrights,” says Jeremy B. Cohen, Producing Artistic Director of the Playwrights’ Center. “This incoming roster of Jerome and Many Voices Fellows is already creating impressive, significant new theater and I’m thrilled we can support their work and help further their careers.”

Jerome Fellows receive $18,000 (an increase of $2,000 this year) and $1,725 in play development funds. They spend a year-long residency in Minnesota. Past recipients of the Jerome Fellowship include Lee Blessing, Lisa D’Amour, Kristoffer Diaz, Naomi Iizuka, Melanie Marnich, Martín Zimmerman and August Wilson. The Playwrights’ Center’s 2016-17 Jerome Fellows are:

The Many Voices Fellowship for early-career writers of color comes with a $10,000 award, $2,500 in living expenses and $1,500 in development funds. One fellow each year must be Minnesota-based, and both writers spend a year-long residency in Minnesota. Previous recipients include Sharif Abu-Hamdeh, Cristina Castro, Janaki Ranpura, Harrison David Rivers, James Anthony Tyler and Josh Wilder. The Playwrights’ Center’s 2016-17 Many Voices Fellows are:

Many Voices Mentorships award Minnesota-based beginning playwrights of color with individually-curated writing and play development services and a $1,000 stipend. The Playwrights’ Center’s 2016-17 Many Voices Mentees are:

Fellowships at the Playwrights’ Center, made possible by the McKnight and Jerome foundations, provide more than $315,000 each year to support 14 fellows and mentees. In addition, the Center serves as an artistic home for 25-30 Core Writers on three-year terms. Fellows and Core Writers are selected by independent panels. The 2016-17 McKnight Fellows in Playwriting, McKnight National Residency and Commission recipient, McKnight Theater Artist Fellows and new Core Writers will be announced at a later date.

The Playwrights’ Center also supports more than 1,550 member playwrights around the world and runs a robust series of partnership programs building relationships between playwrights and producing theaters.