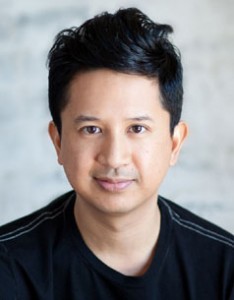 Sept 9 – Oct 2, 2016, Proscenium Stage
by David Ives; adapted from Le Menteur by Pierre Corneille
directed by Doug Scholz-Carlson
Area Premiere. Cliton can’t tell a lie, but his master Dorante can’t tell the truth. Dorante is in hot pursuit of one woman, but thinks she is another, which leads to amazing mix-ups and breathtakingly intricate lies. Sharp and saucy modern language adds zest to this sparkling urbane romance.

Sept 23 – Oct 16, 2016, Andy Boss Thrust Stage
by William Eno; directed by Joel Sass
Area Premiere. Meet Bob and Jennifer and their new neighbors, John and Pony, two suburban couples who have even more in common than their identical homes and their shared last names. As their relationships begin to irrevocably intertwine, the Joneses must decide between their idyllic fantasies and their imperfect realities.

The House on Mango Street

Oct 21 & 22, 2016, Proscenium Stage
written by Sandra Cisneros; adapted by Amy Ludwig
New Production Freshly Imagined for the Proscenium Stage! Based on the celebrated novel, The House on Mango Street is a series of vignettes – sometimes heartbreaking, sometimes deeply joyous – about a young Latina growing up in Chicago. Determined to leave her impoverished neighborhood, she discovers writing is both her way out and her path back to the place where she invented herself.

A Raisin in the Sun

Oct 28 – Nov 20, 2016, Andy Boss Thrust Stage
by Lorraine Hansberry; directed by Warren C. Bowles
Drama, 20th-Century Classic. This fiercely moving portrait of a family living and struggling on Chicago’s South Side in the 1950s was the first play written by an African-American woman to be produced on Broadway. The Washington Post hails it as “one of a handful of great American plays – it belongs in the inner circle, along with Death of a Salesman, Long Day’s Journey Into Nightand The Glass Menagerie.”

The Soul of Gershwin: The Journey of an American Klezmer

Dec 2 – 24, 2016, Proscenium Stage
music and lyrics by George Gershwin and Ira Gershwin; additional lyrics from Porgy and Bess by DuBose Heyward; created and written by Joseph Vass; directed by Peter Moore
Back by popular demand! This soulful cabaret takes you back to early 1900s New York City – a creative melding of different cultures that created our distinctive “American Songbook.” George Gershwin himself, joined by three stunning singers and a fantastic band, reveals the folk songs, blues, jazz, Yiddish theatre, cantor chants, and opera that fused into songs like I Got Rhythmand Embraceable You.

Jan 12 – 28, 2017, Andy Boss Thrust Stage
created by the Sandbox Theatre Ensemble
World Premiere. The ever-innovative ensemble will devise another world premiere story told with imagination and plenty of movement, this time based on the life of Michael Larson, who cracked the code of the 1980s game show “Press Your Luck.”

Jan 20 – Feb 19, 2017, Proscenium Stage
music by Richard Rodgers; lyrics by Oscar Hammerstein II; book by David Henry Hwang; directed by Randy Reyes
Co-Production with Mu Performing Arts. “To create something new, we must first love what is old.” Set in San Francisco’s Chinatown in the late fifties, Flower Drum Song is a funny and moving story which explores what it means to be an American and touches the history of every person whose forbearers once arrived as strangers to these shores. The new, fully revised version includes David Henry Hwang’s Tony Award-nominated text.

Mar 17 – Apr 9, 2017, Andy Boss Thrust Stage
written by William Shakespeare; adapted and directed by Jef Hall-Flavin
World Premiere Commission. Shakespeare’s great tragedy explores the darkest corners of the human heart as the ambitious Macbeth schemes and murders his way to the throne. Filled with raw ambition and greed that seems ripped from the headlines.

The (curious case of the) Watson Intelligence

Apr 3 – 30, 2017, Proscenium Stage
by Madeleine George
Area Premiere and Finalist, Pulitzer Prize for Drama – 2014. Watson: trusty sidekick to Sherlock Holmes; loyal engineer who built Bell’s first telephone; unstoppable super-computer that became reigning Jeopardy champ; amiable techno-dweeb who, in the present day, is just looking for love. These four constant companions become one in this brilliantly witty, time-jumping, loving tribute (and cautionary tale) dedicated to the people—and machines—upon which we all depend.

May 12 – June 4, 2017, Proscenium Stage
by David Hare; directed by Gary Gisselman; featuring Linda Kelsey
Regional Premiere. Everyone has a different view. Amy’s view is that love conquers all. In 1979 Amy visits her mother, the West End actress Esme Allen, with a big favor to ask and a brash new boyfriend in tow. When the pair meet, Amy will find the views she holds so dear are painfully tested as she has to decide what’s worth fighting for. What none of them can know is that the events of that day will set in motion a chain reaction which will dramatically change their lives forever.

Theatre Pro Rata presents Up: The Man in the Flying Chair

May 25 – Jun 11, 2017, Andy Boss Thrust Stage
by Bridget Carpenter
Regional Premiere. California truck driver Larry Walters attached 45 helium-filled weather balloons to his lawn chair one afternoon and soared 16,000 feet into the sky. If you remember reading that in the paper 20 years ago, you may have had a good laugh. But for Larry, flying was serious business and his adventure meant everything to him. But then, this world is a tough place for dreamers.

Might as Well Be Dead: A Nero Wolfe Mystery

Jun 16 – Jul 30, 2017, Proscenium Stage
by Joseph Goodrich; adapted from the novel by Rex Stout
World Premiere Commission by our Mystery Writers Producers’ Club. Eleven years ago, wealthy Nebraska businessman James Herrold unjustly threw his only son, Paul, out of the family business. Now he wants Nero Wolfe to find Paul so he can make amends. But what if the young man doesn’t want to be found? And what if he’s the same Paul Herrold on trial for murder? This case draws the great detective and his devoted sidekick into a web of deceit, one that even the master sleuth may regret taking on.

Jun 29 – Jul 23, 2017, Andy Boss Thrust Stage
by Robert E. Sherwood; produced by Girl Friday Productions; directed by Craig Johnson
Winner of the 1936 Pulitzer Prize for Drama, Idiot’s Delight is a romantic commentary on greed, idealism, love, and the grim realities of war. An eccentric assortment of characters are stranded together in a European mountaintop resort at the outbreak of war, including a munitions magnate, his mysterious Russian mistress, and an American song and dance man with his chorine companions “Les Blondes.” Girl Friday Productions brings its signature large ensemble cast to this dramatic comedy with musical accents, set in a world on the brink.

All shows will be in Park Square’s two theatre performance venues in the Historic Hamm Building, 408 St. Peter Street, downtown Saint Paul. Shows, dates and artists are subject to change. Season tickets are on sale now and available at 651.291.7005. Packages begin at $99 and can be expanded to include all 13 shows in the season. Single tickets will go on sale in late July.