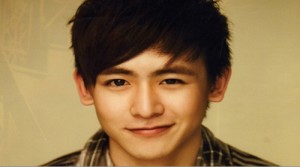 Born and raised in Southern California, his high school friends told him that with his looks and winning smile, he should be a Korean pop star. Never mind that his parents are immigrants from Thailand, and that he didn’t speak a word of Korean.

But after being scouted by a Korean pop singer and producer, the 25-year-old landed a contract in Seoul. He had to undergo intense Korean and Mandarin language immersion for two years, along with taking singing and dancing lessons. Now he’s is a bona fide Korean pop star, a member of the popular boys band 2 PM.

But Nichkhun is so much more: Since he speaks Thai and Chinese and English and Korean, he has so far starred in Chinese and Thai movies, made commercials in Thai and Korean, released several singles in Thai, English and Korean, and is set to star in a Japanese film, an adaptation of the immensely popular manga-anime Ouran High School Host Club. And yes, he’s learning Japanese to play his character of Lawrence, the president of a Singaporean corporation.

Nichkhun is a Pan Asian star, exemplar of an increasingly borderless cultural sphere first envisioned – and nearly realized – more than a century ago by Imperial Japan.

The idea of a Pan-Asian region – or in Japanese colonial parlance the Greater East Asia Co-Prosperity Sphere – first emerged in the 19th-century following Japan’s surprise defeat of Russia in the Russo-Japanese war. Japan then imagined Asia as one, culturally, economically and militarily, with Tokyo at the helm.

That idea went up in smoke, along with Japan’s larger imperial goals at the end of WWII.

Prime Minister Lee Kuan Yew of Singapore again resuscitated the idea of a unified Asia in the early 90s, an era defined by the rise of the so-called Asian Tiger economies. Lee coined the phrase “Asian Values,” implying a common – if tenuous – cultural thread across the region. It was later picked up by then Malaysian PM Dr. Mahathir Mohamad, forming the basis of his “Look East Policy.”

As with Japan, these ideas, too, stumbled over deep-seated nationalist sentiments and historical animosities. They were top down, chauvinistic reactions – largely geopolitical in flavor — to an Asian colonial past, and a need to assert newfound economic prowess against Western influences.

What is happening in Asia today is much more organic, hardly anti-West, and playing on screens across the region.

“Today,” noted Christina Klein, writing for Yale Global some years ago, “the notion of a distinctly American or Chinese or Indian cinema is breaking down.” Film industries, she writes, are becoming “increasingly integrated with one another in ways that make them simultaneously more global and more local.”

Asian pop culture today crosses borders as easily as the bird flu. Korean rapper Psy, whose 2012 single “Gangnam Style” has garnered a record of close to 2 billion hits on YouTube, is probably the best example. But he’s not alone.

Takeshi Kaneshiro, a Taiwanese actor with Japanese ancestry who Time Magazine called the “Asian film industry’s Johnny Depp,” has starred in Japanese and Chinese language movies for over two decades. The 2006 Thai film Invisible Waves was set in Macau, Thailand, and Hong Kong, with a cast and crew from Hong Kong, Japan, Thailand and Korea.

Then there’s Leehom Wang, born in upstate New York and now a rising Pan-Asian star. His love for aboriginal Chinese, Tibetan, and Mongolian music and his alchemical adaptation of them all to, as he said, “make them cool,” has made him one of the most influential artists on the modern Chinese music scene. Wang now enjoys the largest following in Mainland China, including on the microblog site Weibo. He has also starred in several movies, including Ang Lee’s “Lust, Caution.”

Indeed, the growing list of such cross-cultural and cross-border collaborations is a far cry from the days when East Asia remained separated by the Cold War’s bamboo curtains.

But in the Pan-Asian entertainment sphere, the major collaboration remains between China and Korea. Recently, movie magazine Screen Daily reported that Korea and China have “co-financed several films together, most recently CJ Entertainment and China Film’s ‘A Wedding Invitation,’ and 3D sports action drama ‘Mr Go.’”

The combined Korean and Chinese box office markets are now worth almost $4 billion annually, according to the magazine, and that number is only going to rise. Pan Asian films and Pan Asian stars, after all, guarantee an international box office and can, therefore, draw in big international investors.

“Our separate lands are one from now on/We are Asians/ We sing in one voice, and we sing in one song,” crooned Singaporean pop star Dick Lee nearly two decades ago.

Wang Leehom followed that message with another at the 2008 Beijing Olympics. “I used to dream that I could soar beyond the clouds/Just close my eyes and fly away.”

Wang’s dream of transcending boundaries – of language, of nation – is the unifying theme behind this latest iteration of Pan-Asian identity, a modern cosmopolitanism rooted in regional fluidity. “Blue skies inspire us to be free as a bird/And that dream connects us every day.”

Andrew Lam is an editor with New America Media and the author of three books, “Perfume Dreams: Reflections on the Vietnamese Diaspora,” “East Eats West: Writing in Two Hemispheres,” and his latest, “Birds of Paradise Lost,” a collection of short stories about Vietnamese refugees struggling to rebuild their lives in the Bay Area. It’s now available on Kindle.