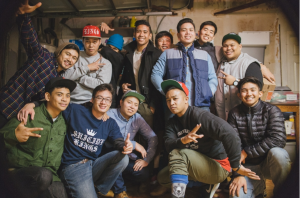 Held on August 16 at the NYU Skirball Center for the Performing Arts, the event will feature eight award-winning Asian American breakdance crews from across the nation battling it out in a head-to-head tournament for the chance to win a grand prize of $3,000. The competition will be hosted by Korean American rapper and YouTube sensation Dumbfoundead, who will also perform tracks from his latest album. 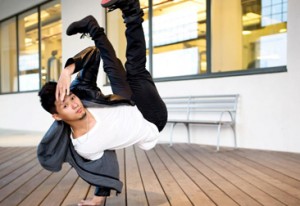 While dozens of talented dance crews from around the country were initially considered, the McDonald’s B-Boy Royale judging panel based their final selections on the following criteria: (1) must already compete at a professional level, (2) won at least two major championships, and (3) demonstrate a unique and original style in their performances. After extensive deliberation between the judges, the eight dance crews chosen to inaugurate the first annual B-Boy Royale are:

• The Clique – Formed in Philadelphia, this crew is on a mission to celebrate and honor true breaking culture. They were victors of last year’s Top Notch and The Ruthless 2 competition.

• Del Fuego Wolfpack – Originally from Boston, this all-star crew currently holds the title for two of this year’s most prestigious competitions, Cypher King at Circles and Red Bull BC One Philly Cypher.

• Floor Obsession – One of the premier b-boy crews in New York City, their creativity and distinctive style have won them notable competitions such as Rockers Rumble Colorado (2010) and Kings of New York (2010).

• Lionz of Zion – Hailing from the Washington D.C. area, this crew was one of the first to develop an unorthodox, abstract style of breaking. They have toured internationally with major artists including the Black Eyed Peas.

• Suicide Kingz – Based in Los Angeles, this crew comprises of Asian American breakers who combine their cultural pride with their passion for dance.  They have won such major competitions the Vegas Shakedown (2014) and the Style Elements Anniversary (2013).

• True Aggressions Crew – This crew from New Jersey is known for their complex and explosive combinations. Last year they won top prize at The Freshest Of All Time (2013).

• United Outkast – Based in Bridgeport, Connecticut, this crew combines fearless flair with form in their versatile dance techniques, which were showcased in the popular dance film Step Up 3D and the music video for Jay-Z’s single “Show Me What You Got”.

• X-Fenz -– This New York crew of heavy-hitting breakers were featured in the film Battle of the Year 3D and are known for their legendary crew members.

The judging panel is comprised of three internationally recognized b-boys who have won major breakdance competitions around the world.  The judges are: • Chem is a New York-based breaker and stuntman who has won numerous championships including Sweden’s Star Jam and Montreal’s Born to Serve.

• Zeshen is a member of Havikoro, a dance crew from Austin, TX who has won top honors at Massive Monkee Day (Footwork) and Out For Fame Texas (Footwork Champion and MVP).

• Whorah is the founder of the Beast Coast dance crew and championship winner at this year’s Miami Pro-AM B-Boy Battle.

Host and Musical Guest “Dumbfoundead” was born in Buenos Aires, Argentina and raised in Los Angeles. Dumbfoundead is a Korean American rapper who has made a name for himself in the hip hop community by winning numerous rap battles.

Dumbfoundead is also a well-known YouTube personality whose music videos have been viewed over 40 million times and has collaborated with well-known artists such as Jay Park, Epik High, Jin, and Clara C. Currently, he is the co-host for the popular Mnet program, Danny From LA.

“I’m honored to take part in such a groundbreaking competition that not only features some of today’s best dance crews but also benefits a terrific charity like Ronald McDonald House,” said Dumbfoundead. “This is going to be a very special event for everyone involved.”

“McDonald’s is very proud to present a dynamic showcase for some of the best dance crews in the country,” stated Josh Kaufman, a McDonald’s New York Tri-State Area owner/operator who was instrumental in the development of McDonald’s B-Boy Royale. “With the help of the b-boy community, we’re hoping to create the premier breakdance competition in New York.”

Additional sponsors for McDonald’s B-Boy Royale include Mnet and Coca-Cola.

This event is a fine example of a national brand using non-traditional marketing to expand their reach to a multicultural segment that is vital to business growth and success.

According to Nielsen’s “State of the Asian American Consumer” report published in Q3 2012, Asian Americans are the fastest growing multicultural segment of the U.S. population.

• The Asian American population is approximately 18.2 million and has increased over 50% since 2000, the highest growth rate of any multicultural segment in the U.S.

• Fifty percent of Asian Americans age 25+ have a Bachelor’s degree, compared to 28% of this same group nationwide.

• The Asian American buying power, currently at $718 billion, is estimated to reach $1 trillion by 2017.