Chefs from Butcher and the Boar, Patisserie 46, Travail Kitchen and Amusements, and Vincent—A Restaurant to join Minnesota Orchestra on November 7 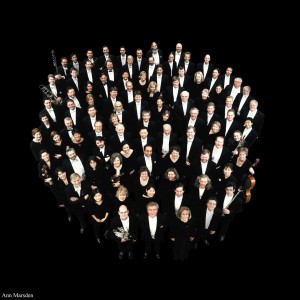 MINNEAPOLIS (Oct. 16, 2015) — In a one-of-a-kind performance on November 7, Sarah Hicks, principal conductor of Live at Orchestra Hall, leads the Orchestra in a concert that will accompany culinary demonstrations by chefs from four favorite Minnesota restaurants. Award-winning chefs from Butcher and the Boar, Patisserie 46, Travail Kitchen and Amusements, and Vincent—A Restaurant will join the orchestra onstage and create unique dishes ranging from chocolate delicacies to exploding steak salads. The Orchestra performs music by a variety of composers including Louis Prima, Modest Mussorgsky, Giuseppe Verdi, George Gershwin, Howard Brubeck, Ralph Vaughan Williams and Mason Bates.

Cooking demonstrations will be simultaneously projected on the big screen so audience members can view them in detail from any seat in Orchestra Hall. In addition, students from the Culinary School at the Art Institutes International Minnesota will offer cooking demonstrations and samples of their own creations in the lobby before the concert and during intermission. [Please note that the food created onstage during the performance is for demonstration only and will not be available to the audience.]

The event is held at Orchestra Hall in downtown Minneapolis on Saturday, Nov. 7, 2015, with tickets priced from $30 to $60. Tickets are available at minnesotaorchestra.org and by phone at 612-371-5656. For further purchasing details, refer to the information section at the conclusion of this press release.

Jeff Kipp, Butcher and the Boar

French chef Vincent Francoual was a 2010 semi-finalist for the James Beard Award for the Best Chef Midwest. His restaurant, Vincent—A Restaurant, has been awarded gracious recognition in local and national publications and its signature Vincent Burger was voted the best burger in Minnesota in The Food Network Magazine. Francoual recently announced that Vincent—A Restaurant will be closing its doors on December 31, 2015, after 14 years of serving the Minneapolis community. More:vincentarestaurant.com.

Mike Brown, Bob Gerken and James Winberg are the founders and chefs of Travail Kitchen and Amusements in Robbinsdale, Minnesota. The chefs were semi-finalists in both 2013 and 2014 for the James Beard Award for Best Chef: Midwest, and Travail Kitchen ranked among Bon Appétit’s Best New Restaurants in 2014. More: travailkitchen.com.

Chef John Kraus is the owner and chef of Patisserie 46, a bakery he created in Minneapolis that is known for serving the highest quality baked goods in a warm and welcoming atmosphere. He has won the bronze medal in the Coup du Monde and was nominated for the James Beard Award for Best Baker. More: patisserie46.com. 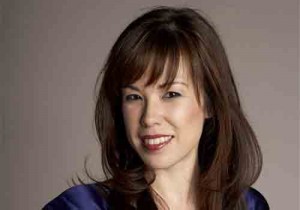 Sarah Hicks, principal conductor of Live at Orchestra Hall, leads performance of musical selections from Disney FANTASIA and FANTASIA 2000, as scenes from the films are shown on a large screen. Children’s tickets discounted for the matinee performance on Sunday, November 30.

Sarah Hicks, the Minnesota Orchestra’s principal conductor of Live at Orchestra Hall, has led a broad range of programs since joining the Orchestra as assistant conductor in 2006. During the 2015-16 season she will lead the Orchestra in performances with Ben Folds, Rajaton, Pink Martini and Cirque de la Symphonie, among other artists, as well as Inside the Classics concerts. Her recent engagements have included concerts with the San Francisco Symphony, Detroit Symphony, Alabama Symphony, Santa Fe Symphony, Tokyo Philharmonic, Edmonton Symphony, New Jersey Symphony, Nagoya Philharmonic and Kansai Philharmonic. In 2011 she toured with British rock icon Sting, leading 31 concerts over two months in venues throughout Europe. For more information, visit minnesotaorchestra.org.

A MUSICAL FEAST WITH SARAH HICKS

AND THE MINNESOTA ORCHESTRA

Students from the Culinary School at the Art Institutes International Minnesota will offer cooking demonstrations in addition to samples of their own creations in the lobby before the concert and during intermission.