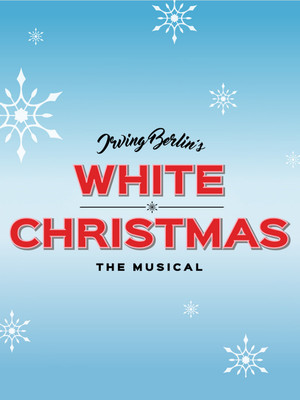 “White Christmas” is just one of 37 Broadway and Hollywood shows that Berlin wrote throughout his longstanding and successful career. He was also known for famous musical hits like, “White Christmas,” and “Oh How I Hate to Get Up In the Morning.”

The nostalgic show set in the 1940’s rekindled my holiday spirit that had been previously gobbled up by work, stark cold temperatures and politics. The upbeat holiday songs and hilarious multi-talented character Martha Watson, played by Thomasina Petrus were a hit! The child star played by talented Natalie Tran sang and danced with charm, wit and humor. Her performance was well timed and adorable.

Bright green costumes, worn by Dieter Bierbrauer, who played Bob Wallace and Brian Sostek, who played Phil Davis immediately caught my eye. The stage filled up with festive lighting and elaborate holiday sets, appeared magically between performances. The steady stream of spectacular and astonishing backdrops and winter scenery were remarkable.

Stage Manager Sharon Bach and Assistant stage managers, Alexandra Gowdy-Jaehnig and Nate Stanger, timed sophisticated scenes including trains traveling north to Vermont, winter barns and a New York City’s elegant restaurant to name a few. Each time the curtains reopened, there was a visual feast for my eyes that was truly captivating.

Hat’s off to the musicians, directed by conductor, Jeff Rizzo. The talent filled orchestra played at least 17 songs that were combined with highly synchronized dance performances and vocalists. Every scene dazzled our senses, each as wonderful as the scene before it. I was in awe of the vocalists range and the broad range of dance numbers performed. I will admit, the “White Christmas” tap dancers set an ongoing and fun tempo that was exciting to watch.

From start to finish the musical warmed me up from the cold, softened my heart and melted away my stress. “White Christmas” was delightful, engaging and helped to transition me from scrooge to the ghost of Christmas future.