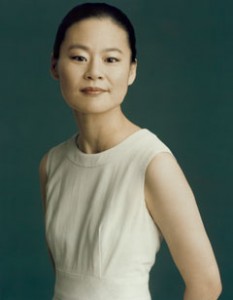 Renowned violinist Midori collaborates with the Minnesota Orchestra for the first time under Music Director Osmo Vänskä, performing the hauntingly beautiful Violin Concerto of Sibelius, a composer whose works Vänskä and the Orchestra have performed to great acclaim.

Framing the concerto are a portrait of the sea by Britten and three works of Debussy, including another ocean-themed work, La Mer, as well as orchestrations of Clair de lune and L’Îsle joyeuse — well known in their original form for solo piano. Midori debuted with the Minnesota Orchestra in 1990 at the age of 18, and after this engagement she will join forces with the Orchestra again in March 2012 for a five-city tour of Florida.

Midori is recognized internationally for her concerto and recital performances and for her innovative community engagement initiatives. Her calendar this season includes concerts in 12 countries on four continents with such ensembles as the National Symphony, Royal Danish Orchestra and City of Birmingham Symphony Orchestra.

The four major outreach initiatives she founded have had an impact on hundreds of thousands, across the U.S. and abroad. The projects include Midori & Friends, a 26-week introductory music course for New York City public school children; and Music Sharing, which brings classical music and traditional Japanese music to young people throughout Japan.

Midori came to national prominence at age 14 after performing Bernstein’s Serenade at the Tanglewood Festival, with Bernstein himself conducting.  She broke a string on each of two different violins while performing the work’s final movement, but continued playing on borrowed instruments without pausing. The New York Times noted the achievement on its front page the following day.

Sibelius’ “dearest wish” as a young man had been to become a great violin virtuoso, and his concerto proves his love for the instrument.  Taking center stage, the violin speaks first dreamily, then with bravura.

A gentler solo statement in the second movement receives an exquisite orchestral response before the finale — which has been described as a “polonaise for polar bears” — builds to a brilliant close.

After its premiere in 1904, Sibelius withdrew the work for revision, and the concerto in its most well-known form premiered the following year.  In 1991, Sibelius’ heirs permitted one live performance and one recording of the original version, both conducted by Osmo Vänskä and performed by violinist Leonidas Kavakos and the Lahti Symphony.  Their recording won numerous honors, including a Gramophone Award.

Music Director Osmo Vänskä and the Minnesota Orchestra treat Minnesota audiences to a reprise of their late October concert at Carnegie Hall, performing a program of Romantic-era masterpieces.  Acclaimed British pianist Stephen Hough is featured as soloist in one of the most popular piano concertos of all time, Tchaikovsky’s First.

The concerts open with Tchaikovsky’s Overture to The Voyevoda and conclude with Nielsen’s Third Symphony, Sinfonia espansiva, which spotlights soprano Karin Wolverton and baritone Jeffrey Madison as soloists in its second movement.