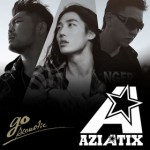 A bicoastal sold-out U.S. tour last year was simply not enough for Aziatix and their fans. To kick off 2012, the starpower trio has announced a 13-city tour starting in February, including a show at the Fine Line Music Café in Minneapolis on Feb. 27.

The Asian American band formed just a year ago with Flowsik, Eddie Shin, and Nicky Lee producing an R&B sound that produced a hit self-titled debut EP and a tour that made them one of a few English speaking acts to succeed in Asia.

The tour begins Feb. 24 at Thunder Valley Casino Resort in Sacramento, Calif., followed by The Crocodile in Seattle on Feb 26, the Lincoln Hall in Chicago on Feb 28, Minneapolis on Feb. 27, Middle East Downstairs at Cambridge, Mass. on Feb 29, Highline Ballroom in New York on March 2, Rock N Roll Hotel Washington, D.C. on March 3, SXSW in Austin, Tex. on March 16,  Cafe Du Nord San Francisco on March 28, The Glass House Pomona, Calif. on March 30, El Rey Theatre in Los Angeles on March 31, and The Belly Up in Solana Beach, Calif. on April 1.

Find out more about the band at www.facebook.com/aziatix and YouTube un Aziatix.