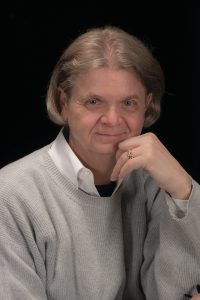 Richard Cook, who has worked at Park Square Theatre since its first season in 1975, is literally “going through the trunks” to choose images and mementoes from every one of the theatre’s 350 productions. The exhibit will be arranged thematically to explore Park Square’s staggering range of programming, from Shakespeare to mysteries to world premieres. The exhibition is free and open to the public during Landmark Center hours.

Two special events will bookmark the month-long exhibition. The first will be a gala retirement party at 5:30 p.m. Sept. 6 to toast Cook’s long career as a Twin Cities theatre leader. The second will be the official welcome forPark Square’s new artistic director, Flordelino Lagundino, at 5:30 p.m. Sept. 26. Details on both receptions at parksquaretheatre.org/contribute/fundraising-events. 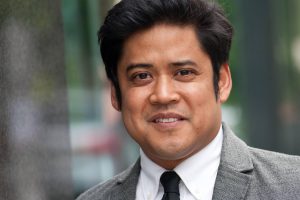 “Talk about ‘this is your life’ – the process of curating this exhibit has been an unbelievable dive into our history,” Cook said. “So many moments of great work by artists and plays that I loved have washed over me every time I’ve opened a file or box. It’s also been interesting – and sometimes instructive – to read old reviews and think ‘I don’t remember that experience that way at all’ or ‘Yes! That was a fine moment and even the critics agreed.”

Many boxes of Park Square’s archives are now stored at the Performing Arts Archives at the University of Minnesota’s Elmer L. Andersen Library. The Performing Arts Archives was established in 1971 by the University of Minnesota Libraries for the preservation and study of the records relating to Minnesota’s rich history of theatre, music, dance, and associated organizations. Its goal is to document as fully as possible the activities of individuals and groups in both professional and amateur performing arts throughout the state. The collections include the most important companies in each of the major arts fields. 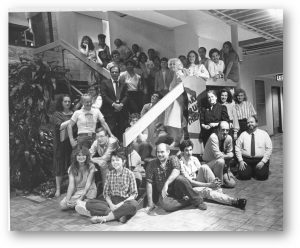 Additional significant documents have been stored in the lower level office in the Historic Hamm Building that Richard has occupied for the last quarter century – and of course the stray items that landed in his apartment in SaintPaul’s Lowertown. “In 1980 when I took the torch as artistic director from founder Paul Mathey and my husband Steven became managing director, we kept pretty consistent records. But the first five years of the company’s history, and its pre-Park Square life as the Smith Park Gallery performance space and then Variety Hall Theatre, are largely undocumented,” admits Cook. “It’s important to me to organize and make all the notes I can to honor the innovators like Paul who were creating the first Lowertown arts scene in the 1970s.”

“We started in the Park Square Court building as a small performance space at the end of the Smith Park art gallery. Artists put on poetry readings and raw, new performance work – almost like an early version of Patrick’s Cabaret,” Cook said. “There was a pottery studio and an astrological bookstore in the building, and MPR had its first tiny studio on the ground floor. Today’s artistic energy feels so much like that era.  Artists are creating new companies out of sheer grit and vision, often with a desire to protest injustice and change systems. I am inspired by the ways the new generation of artistic leaders – like our incoming artistic director Flordelino Lagundino – are building on those 1970s foundations. For this exhibit, I hope those who have grown up in the local theatre community find their special Park Square memories – stories that moved them, productions that built lifelong friendships and shaped careers, and artists we’ve all treasured on our stages and elsewhere. I also hope those new to Park Square or the Twin Cities find inspiration for the future. It’s been a great ride and I can’t wait to see where it goes next.”