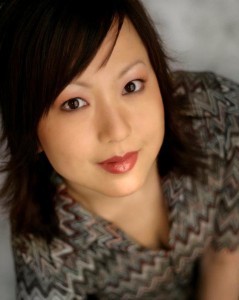 The CCLI is one of only a few programs nationwide to provide comprehensive, professional-level training and support for community leaders who are advancing change through arts-based strategies. The innovative leadership program matches people who work at the intersection of the arts and community development with the tools and experiences needed to address the tough issues facing our communities.

Based on the fundamental belief that the future health of communities demands innovative, cross-sector leadership at every level, the CCLI builds a dynamic core of capable leaders and partnerships over an intensive five-month program of hands-on workshops and on-site experiences.

“We are very pleased to bring long-time faculty member, collaborator and creative leadership expert Wendy Morris onto our staff as Director of Creative Leadership,” says Theresa Sweetland, Intermedia Arts Executive Director. “She brings a depth of knowledge and experience working locally, nationally and internationally that will take our programming to the next level.” Morris will direct the CCLI institute’s regional expansion and other strategic partnerships at Intermedia Arts.

The CCLI is supported locally by the Bush Foundation and the Good Family Foundation. Last year, with support from the Bush Foundation, the CCLI expanded to the three-state region of Minnesota, North Dakota and South Dakota to create a learning network of pioneering leaders in community development and the arts. The CCLI is co-led by Morris and community cultural development experts William Cleveland and Erik Takeshita. 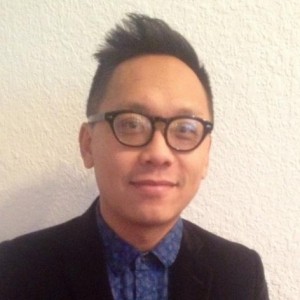 From graffiti art to digital technology to performance art to spoken word, the organization works from the community up to unearth and enliven new and emerging artists and art forms while challenging and exploring the role of art in our lives. By stimulating civic dialogue and giving voice to the issues and experiences of underrepresented communities locally, nationally and internationally, Intermedia contributes to a stronger, healthier society.

Wendy Morris M.A. is co-founder of the Creative Community Leadership Institute. A pioneering leadership educator and consultant, she has been on the faculty at premier leadership venues in North America and Asia, including ALIA Institute in Nova Scotia, Canada. At home in Minneapolis she is affiliated with two research and training centers at the University of Minnesota: the Humphrey School of Public Affairs’ Center for Integrative Leadership, where she recently served as an Executive Leadership Fellow; and the Center for Spirituality and Healing. She also collaborates as a designer and facilitator with several global networks for change including the Art of Hosting network, the Human Systems Dynamics Institute, and the Presencing Institute. Her work has been recognized by more than 25 awards for excellence in leadership, interdisciplinary practice and the arts, including major fellowships from the National Endowment for the Arts.

Sandy’Ci Moua is a Frogtown-raised, North Minneapolis-hearted artist changemaker. Sh has more than 10 years experience working in Minnesotan communities of color and immigrant and refugee communities to spur racial, socioeconomic and educational equity as: an actor and theater producer in over 40 onstage, film and multi-media productions, a community organizing leader with CAAR (Community Action Against Racism), and as a community development/civic engagement professional with CAPI (formerly known as Centre for Asian and Pacific Islanders).

Moua is also the founder of The Next Wave: (Emerging) (Hmong) Shamans Unite- an initiative to connect shamans to each other and to Western mental health care with the goal to create culturally holistic health care. This April 2014 in “The Shadow War,” Sandy’Ci Moua will be onstage as lead actor and associate producer: www.kickstarter.com/projects/teresamock/the-shadow-war-project.

Fres Thao is an advocate for the Arts; believing Art is direct energy from the soul. As a Hip Hop pioneer of the Hmong American community, he has been an active lyricist, performer, producer and mentor since the early 90’s.

Founding member of nationally dispersed Hip Hop group, Illegoaliens and Twin Cities based collective, Pupils of the Storm, Fres has released numerous albums, mixtapes and compilations including his recent full length album Mind Full Of. Fres is also the founder of Figure Eight Loops Media, and the Executive Director for the Center for Hmong Arts and Talent, the first and only multidisciplinary Hmong arts organization in the world.

Through his struggles, aspirations, accomplishments and principles, he aims to nurture the pursuit, support, and value of the arts.