The Toronto International Film Festival (TIFF) on Aug. 8, unveiled the 12 feature films that comprise the Platform lineup for 2018. Director Ho Wi Ding’s “Cities of Last Things,” a multi- national collaboration representing Taiwan, China, USA and France, will have its world premiere in this juried program.

“This year’s Platform selection stands out for the assured and precise directing on display,” said TIFF Director and CEO Piers Handling. “We are thrilled to present a slate that perfectly embodies the essence of the program with so many risk-taking, challenging, and, at times, formally inventive titles that are the result of audacious directors making bold choices.” 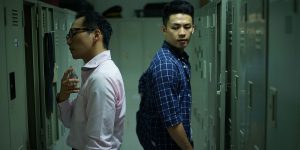 Ho is a Malaysia-born and Taiwan-based filmmaker. His first feature “Pinoy Sunday” (2009) won him Best New Director at the Golden Horse Award in Taiwan. His short films had also garnered prizes at the Cannes Film Festival.

“Cities of Last Things” is a cinematic triptych. From TIFF’s description: the three tales, “told in reverse-chronological order, reveals one man’s fraught inner world and the circumstances that led to a life-altering decision.”

Now in its fourth year, Platform is TIFF’s juried program that champions risk-taking, with a lineup of up to 12 works of high artistic merit and a bold directorial vision. A three-person jury selects the winner of the Toronto Platform Prize, an award of $25,000 CAD made possible by Air France, which will be presented to the best film in the lineup at the Awards Ceremony on the last day of the Festival. 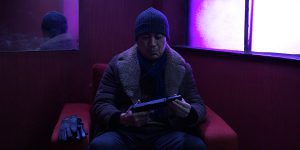 Previous titles that have screened as part of the Platform program include Armando Iannucci’s “The Death of Stalin” (2017), Pablo Larraín’s “Jackie” (2016), Barry Jenkins’ “Moonlight” (2016) which went on to win the Academy Awards Best Picture in 2017.

The 43rd TIFF will run from Sept. 6-16. The full schedule will be released on Aug. 21. Go to tiff.net for details of program and ticket packages.