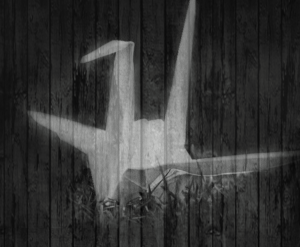 The short film, “Tsuru”, centers on Yoshio and Mariko Ikeda, an elderly Japanese American couple that hid in the desert during the internment period of 1941-45.

The film, “Tsuru”, centers on Yoshio and Mariko Ikeda, an elderly Japanese American couple that hid in the desert during the internment period of 1941-45. The film stars Takayo Fischer and Ken Takemoto.

“As a Japanese-American, this is a topic I have felt incredibly passionate about for a while,” Bright said. “Now, I’d like to use the medium of film to tell a story that will hopefully bring more awareness this topic in our history not often discussed. And in order to make this film become a reality, we need your help!” 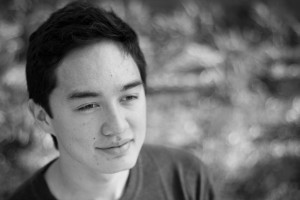 Bright is a 22 year old Honolulu native now based in Los Angeles. He will be graduating from Chapman University’s Dodge College of Film and Media Arts in May 2014 with a BFA in Creative Producing and a Minor in Music.

The film has a budget of $18,798. Contribute through a Kickstarter campaign Online at https://www.kickstarter.com/projects/539479496/tsuru.

For information or to request a copy of the complete budget contact Chris K.T. Bright at [email protected] and through www.cktbright.com.

“Tsuru” takes place in May 1942, a time of racial prejudice as more than 120,000 Japanese-Americans were evacuated from the coastal areas and forcibly interned by the U.S. Government.

One elderly Japanese couple, the Ikedas, are in hiding. They reside in a neglected shack in the middle of a California canyon.

The film location is in the Simi Valley, Calif.

Mariko, the wife, is doing her best to keep her ill husband Yoshio in good health.

Their lifeline is a young American nurse who gives them food, supplies and medicine. As another wave of Japanese Americans are being evacuated, the FBI and the military become suspicious when they are unable to find the Ikeda couple.

The story stems from a feature script that Bright wrote about the Ni’ihau incident. This true story involves a Japanese fighter pilot who crash-lands on the isolated Hawaiian island near Kaua‘i.

The pilot wreaked havoc among the native residents and some sided with him until he was eventually shot and killed by another local. The U.S. Navy was concerned that the interaction with the pilot was a sign that even Japanese residents thought to be loyal to the United States may aid Japan given the opportunity.

“This immediately struck me,” Bright states in the film production notes. “Being both a Japanese American and Hawaiian, I was flooded with conflicting emotions: Was it fair? Was the U.S. Government justified? Was Japanese American internment right?”

After much study on the internment experience, Bright said he was shocked to find that two-thirds of them were American citizens, and more than 1,000 of them died in the camps mostly due to inadequate health care.

He spoke with his own grandparents to gain insight into the time. He learned that a relative fought in the all Japanese American 442nd Battalion and saw his name on the memorial at the Japanese American Museum in Los Angeles.

Bright interviewed internees and was compelled to tell a story based on the multiple rumored accounts of Japanese families who fled internment by living in shacks in the California desert.

It is a difficult and complex topic for a short film under 20 minutes but Bright said that the right story, mentorship and film crew pulled it all together.

“We aim to express a sense of abandonment and seclusion by structuring our tone around the atmosphere of internment itself,” Bright states. “We want the film to be more than a reenactment – we want it to inhabit the feelings of what life was like in 1940’s California as both a Japanese citizen and an American citizen.

The tsuru (crane) is a symbol of long life and good luck. It is meant as a gesture of gratitude from character to character in the film.

Takayo Fischer was born in Hardwick, Calif. She is the daughter of Issei (Japanese immigrants) Chukuro and Kinko Tsubouchi who were interned during the war.

Fischer appeared in the 1958 stage production of The World of Suzie Wong in New York. She has since appeared in many productions with East West Players in Los Angeles, and has appeared in films, including Moneyball, Pirates of the Caribbean: At World’s End (2007) as Mistress Ching, The Pursuit of Happyness (2006) as Mrs. Chu, Memoirs of a Geisha (2005) and War of the Worlds (2005).

Ken Takemoto grew up in Honolulu, the son of a cement mixer driver from Japan and a Japanese American dressmaker.

He has a degree in applied design from the University of Hawaii, and taught at Fremont High in Los Angeles, before turning to acting three decades after retiring.

Takemot has since appeared in six East West productions, and the films, Just Like Heaven, and Snow Falling on Cedars.