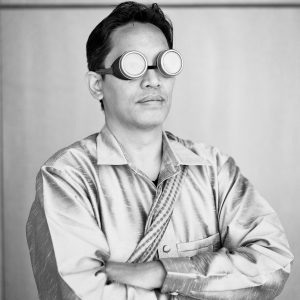 Readers have been asking that for over a decade since Lao American poet Bryan Thao Worra’s first book debuted in 2007. DreamHaven Books will host a special reading by the author including poetry and reflections on the book’s journey and his current literary directions from 6:30 to 8 p.m. Wednesday, Aug. 30 DreamHaven, 2301 E 38th St in Minneapolis.

On The Other Side Of The Eye was Thao Worra’s first full-length book of poetry and the first book of Lao American speculative poetry. Drawing on themes of science fiction, fantasy and horror, his poetry wove together the history of Secret War for Laos in the 20th century and the journey of Laotian refugee around the world using a variety of experimental poetic styles. Among the most well-known of his poems from this book are his poem “The Deep Ones,” “What Kills A Man,” and “five fragments,” that challenged the limits of what readers expect from poets in diaspora.

Additionally, Bryan Thao Worra is the author of several other books of poetry including BARROW, Tanon Sai Jai and Winter Ink. His poetry collection DEMONSTRA won the 2014 Elgin Award for Book of the Year from the Science Fiction Poetry Association. Born in Laos in 1973, he received support from the Minnesota State Arts Board, the Loft Literary Center and the Playwrights Center. In 2009 he become the first Laotian American to receive the National Endowment for the Arts Fellowship in Literature for poetry. During the 2012 London Summer Games he was a Cultural Olympian representing the nation of Laos at the Poetry Parnassus at the Southampton Centre.

Thao Worra received the 2009 Minnesota State Council on Asian Pacific Minnesotans Asian Pacific American Leadership Award for excellence in the arts. He is a professional member of the Horror Writers Association and the President of the international Science Fiction and Fantasy Poetry Association. His work is taught internationally in schools and appears in over 100 publications and anthologies around the world including Hong Kong, Australia, Canada, Europe and the US, and he was one of the founders of the national Lao American Writers Summit, which convened for the 4th time in Seattle, Washington in June.

While Thao Worra had been writing for over 16 years, the publication of On The Other Side Of The Eye represented a major milestone made possible by a chance conversation at the 2006 Diversicon science fiction convention. The manuscript initially struggled to find a home among mainstream and Asian American publishers due to a lack of familiarity with the Lao American community and a concern that readers would struggle with the science fictional elements and Lao mythology. This year, Thao Worra was selected as one of the first Artists in Residence at the University of California Merced Center for the Humanities to teach speculative poetry to the community. He was one of three featured poets at the national Southeast Asian American Studies Conference in July along with Bao Phi and Peuo Tuy. 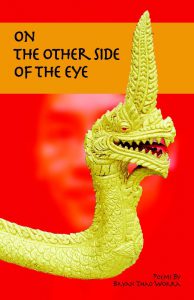 The Other Side of the Eye

Minnesota is home to the third largest Laotian American refugee community in the United States after California and Texas. Many Laotian families arrived in Minnesota shortly after the end of the war in 1975. Minnesota is now home to many award-winning artists, writers, scholars and community activists including Mali Kouanchao, Saymoukda Duangphouxay Vongsay, Bounxou Chanthraphone, Adisack Nhouyvanisvong, and Chanida Phaengdara Potter.