This final performance marks the end of the 2015 Beyond the Pure Fellowship and the beginning of each artist’s next artistic chapter. Stick around after the showcase to meet and talk to the artists in person about their work and experience. Facilitated by Shannon Gibney and Sun Yung Shin. Suggested Donation $5-$10. 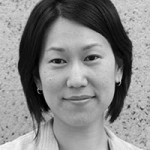 Jennifer Kwon Dobbs is the author of Paper Pavilion, recipient of the White Pine Press Poetry Prize and the New England Poetry Clubʼs Sheila Motton Book Award, and Song of a Mirror, finalist for the Tupelo Snowbound Chapbook Award. Recently, her prose and poetry have appeared in Asian American Literary Review, Blackbird, Crazyhorse, Cimarron Review, Line Break, Mascara Review, Poetry NZ, SOLO NOVO, among others; and have been anthologized in Echoes Upon Echoes (Asian American Writersʼ Workshop 2003), Language for a New Century: Contemporary Poetry from the Middle East, Asia, and Beyond (W. W. Norton 2008), One for the Money: The Sentence as a Poetic Form (Blue Lynx Press 2012), and Nothing to Declare: A Guide to the Flash Sequence (White Pine Press 2015). She has also received grants from the Daesan Foundation and Minnesota State Arts Board for her writing. Currently, Jennifer is associate professor of English at St. Olaf College where she teaches poetry, creative nonfiction, and Asian American studies. She lives in Saint Paul, Minnesota.

Sherrie Fernandez-Williams, author of Soft: A Memoir holds an MFA in writing from Hamline University and is a recipient of an Artist Initiative Award through the Minnesota State Arts Board, a SASE/Jerome Award through Intermedia Arts, and the Jonesʼ Commission Award through the Playwrightsʼ Center. She was a selected participant in the Loft Mentor Series for Creative Nonfiction, and the Givens Black Writers  Collaborative.Her work has been published in various literary magazines and anthologies including the Poverty and Education Reader, Segue, RKVRY, Branches, and the Summit Avenue Review. Fernandez-Williams discovered her need for words in Brooklyn, NY where she was born and raised, but “grew up” as a writer in the Twin Cities.

May Lee-Yang is a playwright, poet, prose writer, and performance artist. She has been hailed by Twin Cities Metro Magazine as “on the way to becoming one of the most powerful and colorful voices in local theater.” Her theater-based works have been presented at Mu Performing Arts, the Center for Hmong Arts and Talent (CHAT), Out North Theater, the 2011 National Asian American Theater Festival, the MN Fringe Festival and others. Her plays include The Divorcee Diaries, Confessions of a Lazy Hmong Woman and Ten Reasons Why I’d Be a Bad Porn Star. She is the author of the children’s book The Imaginary Day (MN Humanities Center) and has been published in Bamboo Among the Oaks: Contemporary Writing By Hmong Americans,Water~Stone Literary Journal, and others. She has received grants from the Minnesota State Arts Board, the National Performance Network, the Midwestern Voices and Visions Residency Award, the Playwright Center, the Loft Literary Center, and is a winner of the 2011 Bush Leadership Fellowship.

Eva Song Margolis is a Korean American adoptee from Minneapolis. She is a writer, organizer, and advocate for racial and economic justice. Writing has been an essential tool for her to explore, heal and question. Eva is a recipient of The Loftʼs 2013 In Roads Program and her work appears in Moonroutes, In Roads Out Roads Chapbook, and online.

Moe Lionel is a Minneapolis-based writer whose work focuses on the intersections between genealogy, disease, trauma, family, and the body. A 2011 recipient of theJerome-funded Naked Stages residency, Moe Lionel performed his solo show, in and out of the body, directed by Gabrielle Civil and Ellen Marie Hinchcliffe, at the Pillsbury House Theatre. In 2012, he was awarded the Minnesota States Art Board Artist Initiative Grant for the development of his fiction collection What Was in Fact. He has presented work at Bedlam Theatre, The Fish House Studio, Duluthʼs Adeline Inc., The Exchange, Pillsbury House Theatreʼs Late Nite series, and Bryant Lake Bowlʼs Pleasure Rebel series. He has facilitated workshops and classes for the Naked Stages program and Antioch College. He yearns for and in moments, finds hope for a world where it is a little bit easier to breathe.

Robin Rozanskiʼs writing has appeared in many publications including The Humanist, ACappella Zoo, Wilderness House Literary Review, Lake Region Review, Hint Fiction: An Anthology, and Thrice Fiction; her story “Something Different” won the 2014 Sue Lile Inman Fiction Award from Emrys Journal. She has an MA in creative writing from the University of Central Florida where she also taught composition and fiction workshops. In addition to teaching fiction and creative process at The Loft Literary Center, she has years of experience as a professional copywriter and editor, and currently works as an instructional designer at Capella University.

Program facilitator Shannon Gibney is a writer, educator, and activist in Minneapolis. Her Young Adult novel, SEE NO COLOR, will be released by Carolrhoda Lab in November, 2015. Her writing has appeared in a variety of venues, including The Crisis, Gawker, and Inside Higher Ed. Gibney is Faculty in English at Minneapolis Community and Technical College (MCTC), where she teaches critical and creative writing, journalism, and African diasporic topics. A former Bush Artist Fellow, she lives with her husband and children in Minneapolis.

Sun Yung Shin is the author of poetry collections Unbearable Splendor (forthcoming), Rough,and Savage and Skirt Full of Black (Asian American Literary Award) all from Coffee House Press. Her new anthology, A Peculiar Price: New Writing on Racial Realities in Minnesota, is forthcoming from Minnesota Historical Society Press in 2016. She is the co-editor of the anthology Outsiders Within: Writing on Transracial Adoption, and is also the author of Cooper’s Lesson, a bilingual Korean/English illustrated book for children. She is a 2014-15 McKnight Foundation fellow for literature and has received grants and fellowships from the Minnesota State Arts Board, the Bush Foundation, the Jerome Foundation, and elsewhere. Shin presents her work in a wide variety of community, literary, and academic venues. She lives in Minneapolis.