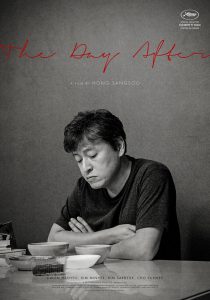 Among the 25 films of noted caliber in the Main Slate lineup are three from Asia. For the past few years, the works by acclaimed Korean director Hong Sang-soo (“Yourself and Yours,” 2016; “Right Now, Wrong Then,” 2015) have been screened at every NYFF. This time, two will be offered to cinephiles. They are the director’s newest works: “The Day After,” an intriguing story with multiple timelines, and “On the Beach at Night Alone,” a personal response to the tabloid frenzy in Korea over his affairs with actress Kim Min-hee.

A notable U.S. feature with an Asian connection is Beijing-born director Chloé Zhao’s “The Rider.” The Chinese-American director was honored at the Cannes Film Festival this year as “The Rider” was screened in the ‘Directors Fortnight’ and won the Art Cinema Award there. Zhao’s feature gives insights into the identity of the rodeo cowboy in America today.

For details on the lineups of the NYFF55, screening dates and tickets, visit the NYFF55 website.