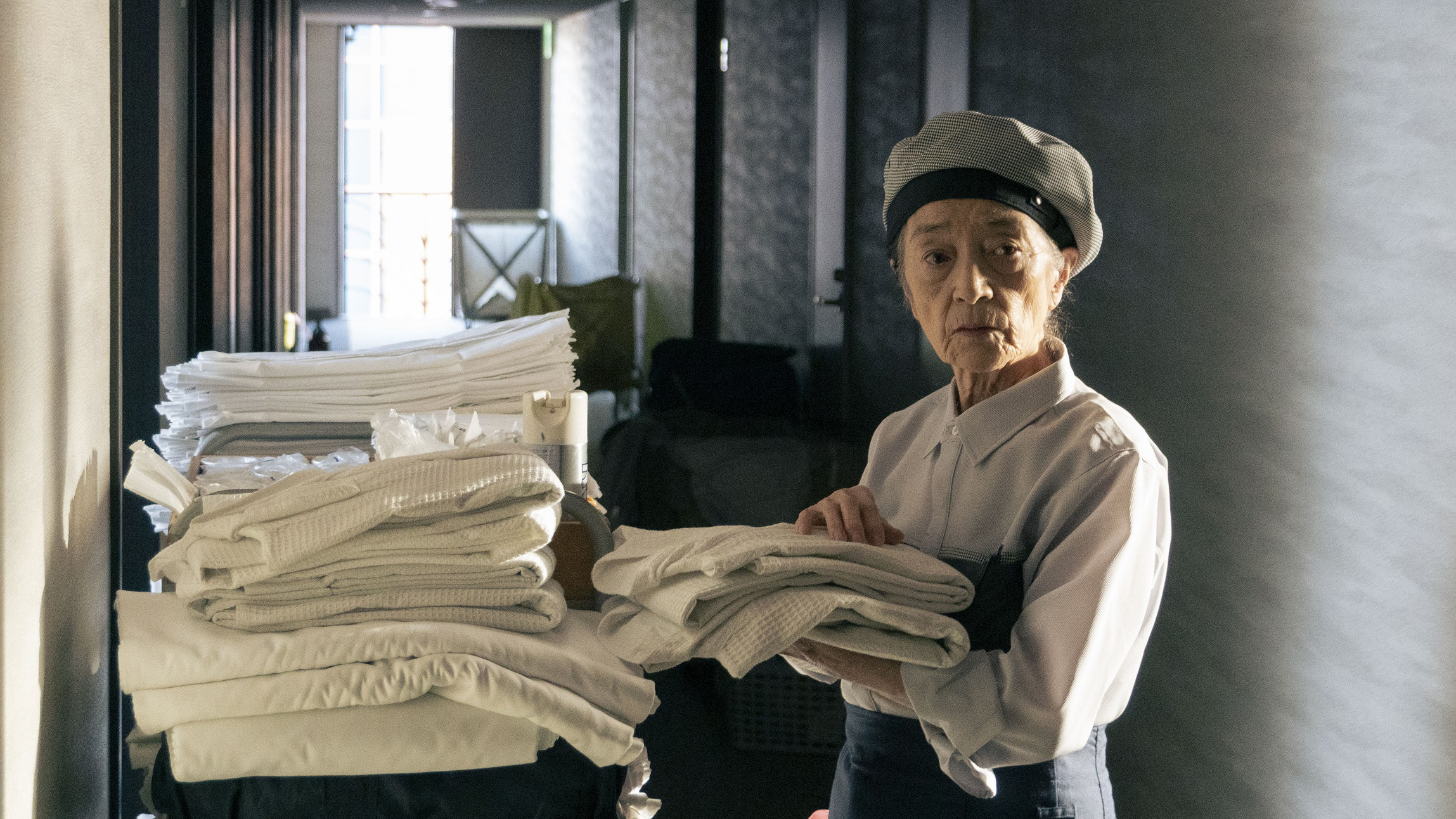 NEW YORK (Nov. 2, 2022) — Japan Society and the Agency for Cultural Affairs, Government of Japan will co-host the East Coast Premiere of Japan’s submission for Best International Feature Film at the 95th Academy Awards, “Plan 75” as the closing title for its ACA Cinema Project The Female Gaze: Women Filmmakers from JAPAN CUTS and Beyond lineup.

The debut film from director Chie Hayakawa, “Plan 75” premiered as part of this year’s Cannes’ Un Certain Regard selection, garnering the Caméra d’Or Special Mention Prize. A runaway independent success in Japan, the film imagines a near future in which Japan’s aging crisis has hit critical levels, resulting in a government initiative that encourages the elderly to voluntarily surrender their lives for the greater good.

In addition, the festival will host a Panel Discussion Women in Film at 4 p.m. Saturday, Nov. 19, moderated by Joel Neville Anderson and featuring talents including Naoko Ogigami; Focusing on the advancement and increasing prevalence of female filmmakers in a global context, the conversation will also explore such opportunities in both U.S. and Japanese film industries.

Expanding upon her short of the same name (originally screened at JAPAN CUTS 2019 as part of the omnibus 10 Years Japan), director Chie Hayakawa’s frighteningly realistic exploration of Japan’s aging crisis explores a not-so-distant future where the government has implemented a mass volunteer-based euthansia plan—the titular Plan 75—for the elderly aged 75 and above. Exploring the program’s effects on the lives of an elderly Plan 75 volunteer (played by Tora-san’s Chieko Baisho), a Plan 75 salesman and a Filipino caregiver, Hayakawa’s harrowing work of speculative fiction considers the value of life in a society that deems the unproductive to be burdensome. Winner of Caméra d’Or Special Mention Prize at the 2022 Cannes Film Festival, Plan 75 is Japan’s official submission for the Oscars’ Best International Feature.

A unique discussion focusing on the advancement and increased visibility of female filmmakers in a global context as well as in both the U.S. and Japanese film industries. Moderated by Joel Neville Anderson, Visiting Assistant Professor of Cinema Studies and Film at Purchase College and programmer of JAPAN CUTS (2014-2021). Panelists include Naoko Ogigami, director of Riverside Mukolitta, which is among the selected titles for this series (Friday, November 18 at 8 pm), S. Casper Wong, an award-winning New York-based filmmaker, technology lawyer, social entrepreneur, activist and Founder of OO Media, and Cidney Hue, Sci-Fi Director, Filmmaker and Founder of PANO (formerly NYC Women Filmmakers).

Japan Society is the premier organization connecting Japanese arts, culture, business, and society with audiences in New York and around the world. At Japan Society, we are inspired by the Japanese concept of kizuna (絆)–forging deep connections to bind people together. We are committed to telling the story of Japan while strengthening connections within New York City and building new bridges beyond. In over 100 years of work, we’ve inspired generations by establishing ourselves as pioneers in supporting international exchanges in arts and culture, business and policy, as well as education between Japan and the U.S. We strive to convene important conversations on topics that bind our two countries together, champion the next generation of innovative creators, promote mutual understanding, and serve as a trusted guide for people everywhere who seek to more fully appreciate the rich complexities and abundance of Japan. From our New York headquarters, a landmark building designed by architect Junzo Yoshimura that opened to the public in 1971, we look forward to the years ahead, which will be defined by our digital and ideational impact through the kizuna that we build. Our future can only be enhanced by learning from our peers and engaging with our audiences, both near and afar.

The ACA Cinema Project is a new initiative organized as part of the “Japan Film Overseas Expansion Enhancement Project,” an ongoing project founded by the Agency for Cultural Affairs, Government of Japan (ACA) to create opportunities for the increased exposure, development and appreciation of Japanese cinema overseas through screenings, symposiums and other events held throughout the year. The ACA Cinema Project introduces a wide range of Japanese films in the United States, a major center of international film culture, together with local partners, such as the IFC Center, Harmony Gold and the Japan Society.

The Female Gaze: Women Filmmakers from JAPAN CUTS and Beyond is presented by Japan Society and the Agency for Cultural Affairs, Government of Japan.

CUTS and Beyond is generously supported by Shiseido Americas.

November 24, 2022
THE FEMALE GAZE: WOMEN FILMMAKERS FROM JAPAN CUTS AND BEYOND