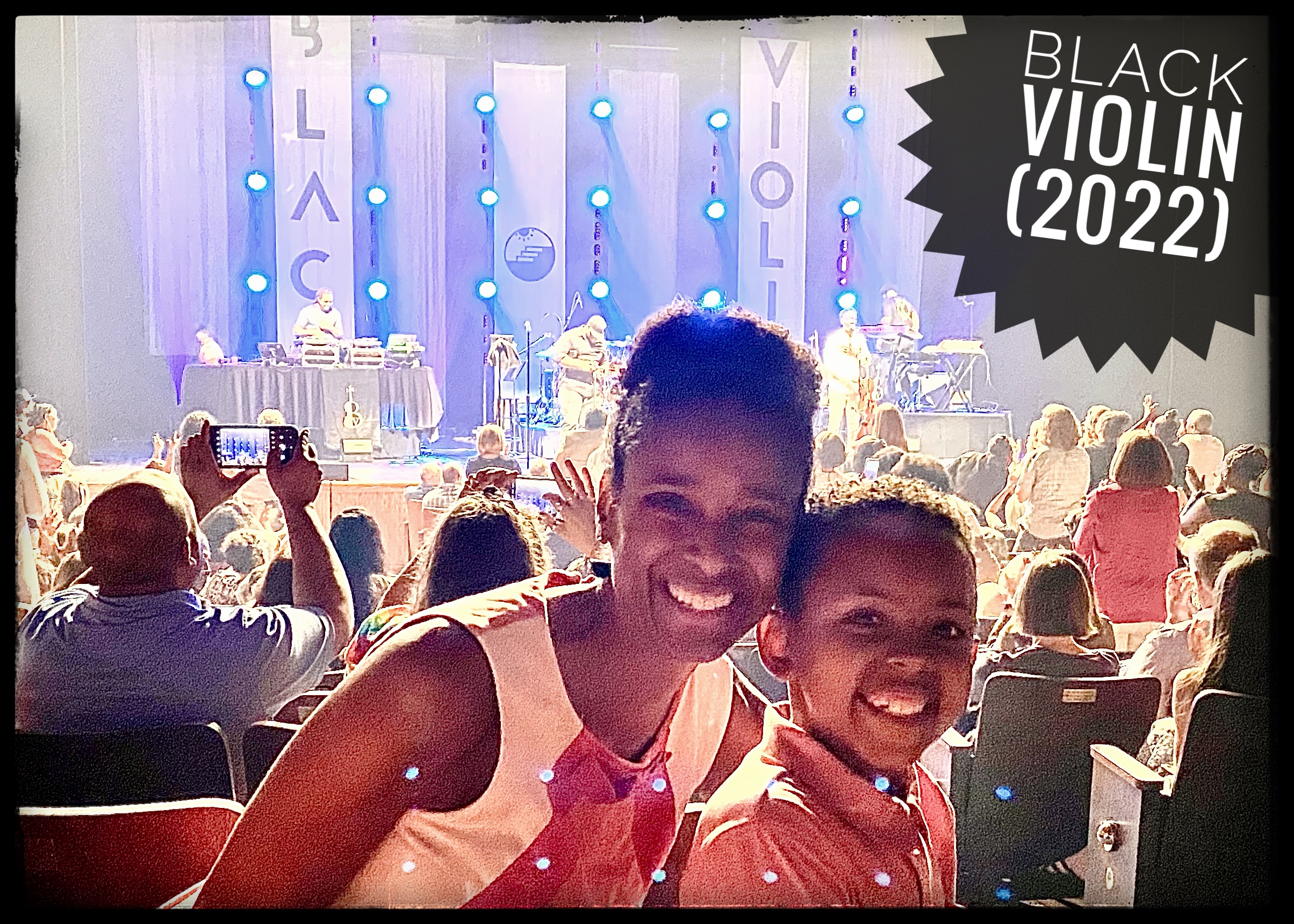 The musicians have been playing violin and viola since they took a high school music class together. Through carefully crafted scores and lyrics, they are determined to deconstruct ongoing racist messages that serve to perpetuate racial stereotypes.

Marcus and Baptiste’s mission is to demonstrate that Black children and Black men can do anything.

“Anything is possible!” Marcus said.

Together the artists are showing the world that playing a stringed instrument is possible and that your passions can manifest into dreams coming true. The musicians are driven to increase social justice and deconstruct racism by weaving messages of equality and hope into their creatively perfected pieces.

Friday night, I had the pleasure of seeing Kevin Sylvester (Kev Marcus) and Wilner Baptiste (Wil B), with soon to be fifth-grader, Leo Destabramlet, who attends Horace Mann Elementary School in the St. Paul Public School District and his mom, Lisa Destabramlet. Currently, Leo is a third-year violin student of Suzuki. Eyes wide open, Leo was immediately transfixed as he absorbed the two-hour, electrifying performance.

Leo’s mom, Lisa Destrabramlet was thrilled to see Marcus and Baptiste turn up the heat on stage, playing pieces which included Beethoven’s “5th Symphony,” “The Devil Went Down to Georgia,” and “Lift Every Voice.”

Leo watched with astonishment, as the violinist and violaist brought the audience to their feet. Too often, it is rare to see a broad range of talent across racial and ethnic groups in the Twin Cities. However, June 17th was different.

It’s clear that Marcus and Baptiste’s instruments have become natural extensions of each musician. To see them perform, bows flying with accuracy was like watching a magic show. Listening to their lyrics was intoxicating and transformative.

Most images of children playing the violin include Asian faces, which has also created a stereotypical narrative. Last night however, the stage levitated with the creative energy of two African American men who proved that talent lies within all of us!

Early in their career, Marcus and Baptiste were discouraged from pursuing a professional career playing string instruments. Marcus stated, “The more people told us it couldn’t be done, the more we wanted it!”

The two men captivated Leo, Lisa and I from beginning to end and with two encores that followed. The energy swelled throughout the show and engaged us! We clapped along, danced and cheered.

The late Isaac Stern (legendary violinist), once stated that performances kept him young and reminded him where he came from. Sylvester and Baptiste echoed a similar message on Friday night.

From the Apollo in 2005 to the Kennedy Center in 2014, Marcus and Baptiste have played to an array of audiences including over 10,000 students, and the former president of the United States Barack Obama and former First Lady Michelle Obama.

In 2020, the two musical powerhouses were nominated for their first Grammy. The combined and sophisticated talent of Marcus and Baptiste to include a wide repertoire of composed music and lyrics into messages about following your dreams was astonishing. It was poignant to witness Leo, who recently played, “Andantino,” (Suzuki Book I) at his last recital. have an opportunity to see and experience someone on stage that looked like him pursuing the same dream. We couldn’t help but to pick up a little swag on our way out. It was a night to remember for all of us.