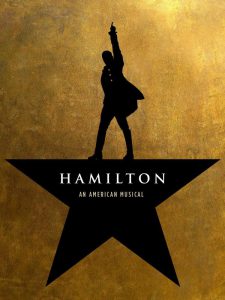 MINNEAPOLIS (Sept. 17, 2018) — Recently, I was the lucky recipient of an unbelievable, “Golden opportunity!” I was one of a few fortunate ticket holders who had the honor of attending Lin-Manuel Miranda’s Broadway Hit Musical, “Hamilton.”

“Hamilton” is running through Oct. 7 at the Minneapolis Orpheum Theater. With only 19 days left, tickets are selling out quickly. However, while waiting on hold to purchase these iconic tickets, be prepared for sticker shock that could leave even the biggest enthusiast with some initial morsels of buyer’s remorse? Available tickets are few and far between. However, those whom I spoke with who made the financial sacrifice to stretch funds left, “Hamilton” feeling absolutely no regret whatsoever.

The hype about “Hamilton” doesn’t even begin to accentuate the monumental and amazing adrenaline that began when I entered the, Orpheum Theater. The experience reminded me of what I can only imagine young children feel upon entering, “Walt Disney’s Magic Kingdom,” for the first time or what thrill seeking sports enthusiasts worship about the Super Bowl? I feel honored to have seen the critically acclaimed, “Hamilton Broadway Musical.” In fact, Manuel was right! Hamilton was revolutionary, both on Broadway and in historical context!

Days later, the feedback loop of Manuel’s pieces such as, “Alexander Hamilton,” “My Shot,” and “Dear Theodosia,” has me reaching for Manuel’s CDs daily. It’s time to enjoy the 46 songs for the 100th plus time. To say that Manuel’s lyrics are highly contagious downplays that 1.285 million soundtracks have been sold (reported August 25, 2018). Forbes Magazine reported in 2016-2017, published that, Hamilton Soundtracks reached the $12.5 million sales mark. The music, messages and magic seem consolidated for life.

Lin-Manuel Miranda, critically acclaimed composer, director, lyricist and performer (in his opening shows), created the distinctive Broadway experience that has drawn in numerous awards including, but not limited to: Tony Awards, Grammy Awards and the prestigious Oliver Award from Great Britain. The thrilling, upbeat tempo of poetry and rap matched with the just right characters, storylines and incredible choreographed dance numbers transcends mind, body and soul.

Moreover, Manuel underscores the tumultuous times of 1807, not unlike the scandals in present day politics in 2018. Overt messages reveal many stories about the heartbreaking aftermath of war. The survivors are left behind. Wounded and devastated, they are forced to cope with catastrophe. The Song, “One Last Time,” reveals ways in which the pollution of politics led by too many wayward male egos with an abundance of weapons can lead to toxic and deadly.

Alexander Hamilton and Mr. Aaron Burr are disillusioned with romanticized political ideals coupled with intense needs for expedient change. Both men were time bound to examine obscured beliefs, which ultimately put them in harms way. Hamilton, Burr, and Washington insist on being in, “The Room Where it Happens.” Eventually, decisions rendered in, “The room,” call for a compulsory duo. The consequences result in Eliza Hamilton, Angelica Schuyler and Peggy Schuyler prematurely forced to reconcile the all too familiar intense losses of loved ones.

The messages in, “Hamilton,” ring true today in 2018. Not long ago, June 20th, 2018 marked, “World Refugee Day.” According to the new report from the, United Nations, there are over 68.5 million people who have been displaced from their homelands with virtually nowhere to go. Politically disenfranchised and economically starving for food, shelter and clothing, the current administration in the United States continues to look the other way. Meanwhile many displaced refugees seeking political asylum are starving. Like Hamilton, 12 million Syrians, 1.4 million Ugandans, Nigerians and refugees around the world also hope for an opportunity for a better life. No one chooses to be a refugee.

Hamilton reminded me that revolutionary minds combined with compassion can change a dysfunctional trajectory towards building a positive and more humanitarian society. In 2015, Lin-Manuel Miranda was awarded the, Smithsonian Ingenuity Award. He was also the recipient of the, “MacArthur Foundation- Genius Grant,” among countless other prominent awards. If anything, the hype of, “Hamilton,” is nothing compared to an over the top, creatively genius production which essentially blew me away! Finally, “Hamilton,” will be forever deeply imprinted in my heart, soul and mind. While “Don’t throw away your shot.”

1 thought on “Hamilton seats are scarce, expensive and worth it”