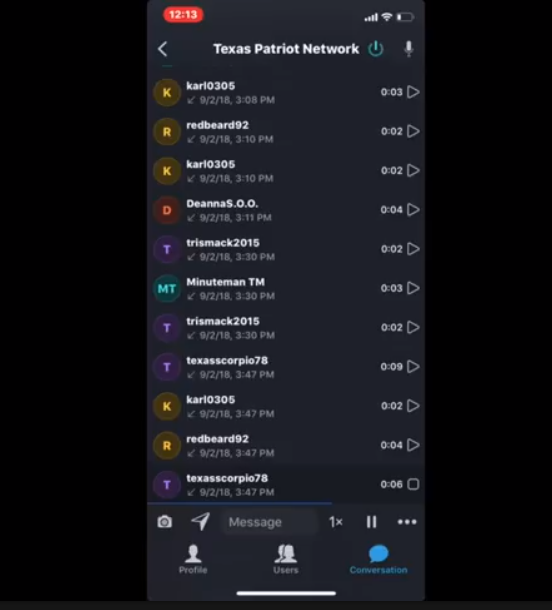 WASHINGTON, D.C. (Sept. 22, 2018) —The Council on American-Islamic Relations (CAIR), the nation’s largest Muslim advocacy and civil rights organization, today called on the FBI to investigate an apparent plot to kill people at a recent Islamic convention in Houston, Texas.

CAIR said the alleged plot was revealed in a leaked “Texas Patriot Network” audio chat by armed members of Islamophobic, white supremacist and racist militias rallying against the Islamic event and coordinating plans to physically attack counter-protesters. One person on the chat told another: “Those mother****ers are dead meat. . .I got a position on them now.”

The audio also references a CAIR staffer who approached the armed militia members to take video and photographs. [NOTE: The convention organizers took extensive security measures – including alerting law enforcement agencies and local government officials – to ensure the safety of the attendees.]

“These leaked conversations, if authenticated, clearly indicate a coordinated plot by armed members of white supremacist and Islamophobic groups to harm innocent civilians,” said CAIR National Executive Director Nihad Awad. “This potentially-deadly plot must be investigated by local, state and federal law enforcement agencies and the perpetrators brought to justice.”

Awad said CAIR has reported an unprecedented spike in bigotry targeting American Muslims, immigrants and members of other minority groups since the election of Donald Trump as president.

Earlier this year, CAIR released its 2018 Civil Rights Report, “Targeted,” which showed a 17 percent increase in bias-motivated incidents against American Muslims from 2016 to 2017, and a 15 percent increase in the number of anti-Muslim hate crimes in that same time period.

Community members are being urged to report any bias incidents to police and to CAIR’s Civil Rights Department at 202-742-6420 or by going to: https://www.cair.com/report