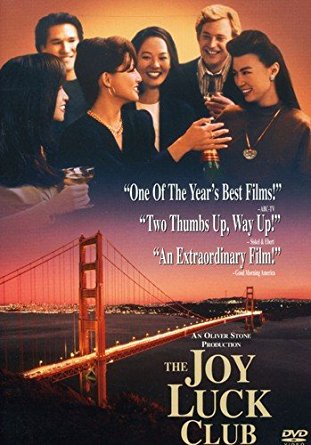 The Toronto International Film Festival will present a special event to mark the 25th anniversary of Wayne Wang’s “The Joy Luck Club.”

“Back in 1993, The Joy Luck Club was a rare Hollywood studio film about the Chinese–American experience,” said Cameron Bailey, Artistic Director of TIFF. “Audiences embraced its moving depiction of mother-daughter relationships then, and ever since. We’re thrilled to give our own TIFF audience the chance to see this classic story of love and loyalty once again in Toronto. We’ll celebrate the film’s creators, explore its legacy, and remember the special meaning it has had for Asians across North America.”

Based on Amy Tan’s bestselling novel, “The Joy Luck Club” follows three generations of Chinese women in San Francisco, whose lives are interwoven through the stories of mothers and daughters attempting to break through the social and generational differences that both jeopardize and strengthen the loving bonds between them.

“For its 25th anniversary, I’m so happy to be able to present a newly refined digital version of The Joy Luck Club at the Toronto International Film Festival,” said director Wayne Wang. “It’s going to be so special to look back on the film with the cast and original fans and to introduce the film to a new generation.”

Following the screening, Lainey Lui, co-host of CTV’s “The Social”, “etalk” Senior Correspondent and founder and editor of LaineyGossip.com, will join Wayne Wang and the cast onstage for a conversation, unpacking the film’s enduring legacy and the impact it has had on Hollywood cinema.

With the new milestone just successfully kicked off last weekend, the all Asian cast, Hollywood studio-produced “Crazy Rich Asians” coming out twenty-five years after Wang’s flagship achievement, TIFF’s presenting this special screening of “The Joy Luck Club” and inviting back the director and cast is both significant and welcoming.

The event is scheduled for Sept. 13 in Toronto’s Elgin Theatre, the very location the film was screened twenty-five years ago at TIFF 1993. Director and members of the original cast will be in attendance.

The 43rd Toronto International Film Festival runs from Sept. 6-16, 2018. Go to tiff.net for all details.