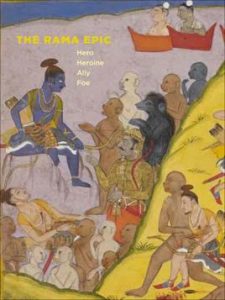 The Association of Art Museum Curators & AAMC Foundation, the most prominent professional and scholarly organization dedicated to promoting the work of North American curators, recognized the catalogue for The Rama Epic with the Award for Excellence (for an organization with an operating budget of $15–$30 million). The award, the only one given in this category, will be presented to exhibition curator Forrest McGill, the Asian Art Museum’s Wattis Senior Curator of South and Southeast Asian. The catalogue features engaging new essays by McGill, Pika Ghosh (U. of North Carolina), Robert P. Goldman (UC Berkeley), Sally J. Sutherland Goldman (UC Berkeley), and Philip Lutgendorf (U. of Iowa), as well as contributions by museum curators Qamar Adamjee, Jeffrey Durham, and Natasha Reichle.

At the American Alliance of Museums (AAM) annual conference in St. Louis, the exhibition received the Special Achievement Award for Interpretation in the Excellence in Exhibition Competition. Only five exhibitions from across the entire country were honored for their innovation, engagement, interpretation, andoverall compelling conception. The Rama Epic was distinguished for its “fresh takes” on an ancient sacred tale from Southern Asia, using historic and contemporary art to convey the enduring appeal of one of the world’s greatest adventure story’s four main characters.

The Rama Epic won an additional Bronze MUSE Award for Audio Tours and Podcasts from AAM (the second MUSE award the museum has won in the past twelve months). The original 60-minute exhibition audio tour for the exhibition was conceived to feel like a serial radio play, immersing visitors in the plot by incorporating the voice work of four actors of South Asian heritage as the main characters. Carefully crafted dialogue based on the classical version of the tale by the sage-poet Valmiki were mixed with musical effects to bring the whole world of the Rama epic to life.

The Rama Epic: Hero, Heroine, Ally, Foe was organized by the Asian Art Museum. Presentation at the Asian Art Museum is made possible with the generous support of Helen and Rajnikant Desai, The Akiko Yamazaki and Jerry Yang Fund for Excellence in Exhibitions and Presentations, Martha Sam Hertelendy, Vijay and Ram Shriram, Society for Asian Art, Meena Vashee, Kumar and Vijaya Malavalli, and Nordstrom. Major support of the exhibition publication is provided by Society for Art & Cultural Heritage of India. 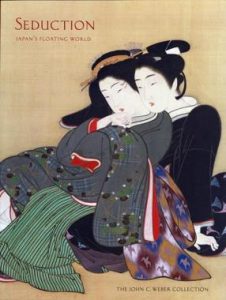 The catalogue for the museum’s major Japanese art exhibition from 2015, Seduction: Japan’s Floating World | The John C. Weber Collection, will be honored with a Silver medal at the National Level for a Fine Art publication at the upcoming 21st Annual Independent Publisher Book (IPPY) Awards. The award goes to the Asian Art Museum’s Chief Curator and Curator of Japanese Art, Laura W. Allen. In the Seduction catalogue Allen, who organized the exhibition of Edo-period depictions of urban pleasure quarters, places these works in context while providing insightful entries for each artwork. The publication features new scholarly essays by Julia Meech, Eric C. Rath (U. of Kansas) and Melinda Takeuchi (Stanford), while Helen Mitsu Nagata (Northern Illinois U.) offers translations of a text on the Yoshiwara pleasure quarter. The result is a remarkable catalogue that, like the floating world itself, both fascinates and entices.

Seduction: Japan’s Floating World | The John C. Weber Collection was organized by the Asian Art Museum. Presentation is made possible with the generous support of Hiro Ogawa, Atsuhiko and Ina Goodwin Tateuchi Foundation, The Henri and Tomoye Takahashi Charitable Foundation, The Akiko Yamazaki and Jerry Yang Fund for Excellence in Exhibitions and Presentations, Anne and Timothy Kahn, Rhoda and Richard Mesker, and Blakemore Foundation.