“Yut Di — One Earth” an Amazon published book by E.H.K. Ho, is an historical saga about the adventures of a Chinese merchant and his son during their journey to Canada in the 1880’s. On the trans-Pacific voyage they meet a Rabbi and his daughter who becomes infatuated with the merchant’s son. The story chronicles the hardships and challenges experienced by the early Chinese immigrants to Canada and the United States. It is a history lesson that explains why the Chinese came to North America and describes how and why they were mistreated.

“My book is an attempt to create greater understanding of the Chinese by reminding others of the forgotten contributions of the early Chinese immigrants to the development of Canada and the USA.” Ho said. “It’s a history lesson from a Chinese perspective. Although my book is a historical romance, it chronicles the hardships and challenges experienced by the early Chinese immigrants to Canada and the United States. My novel explains why the Chinese came to North America and describes how and why they were mistreated.”

In 1951, the author Ho arrived in Victoria from China at the age of three. His mother was born in Victoria and spent most of her youth there. During this era, Chinese children attended segregated schools. The author’s grandmother later sent his mother back to China to complete her education. During the Second World War she was denied the right to re-enter Canada. She had married a Chinese national and therefore had lost the right of re-entry.

After the Exclusion Act was repealed in 1947 and after years of lobbying by his grand-parents supported by their church, his mother was permitted to re-enter Canada with his father, his sister and himself. Ho now lives in Victoria where he attended public school at North Ward Elementary, S.J. Willis Junior High School, Victoria High School and received a bachelor of science degree from the University of Victoria in 1971 and a diploma in Urban Land Economics from the University of British Columbia in 1981. He served as a real estate professional for 36 years, retiring in 2014. 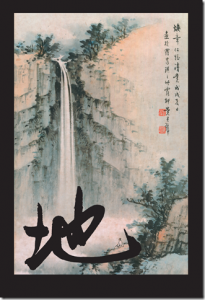 The life of every human being depends on those who have preceded them. I am indebted to those who preceded me for the legacy of rights, freedoms and privileges with which I have been endowed. This book expresses my appreciation for those before me who suffered and persevered against an epidemic of laws and regulations imposed by various levels of government to limit their rights and economic opportunities.

Beside financial success, I hope to create greater understanding to counteract the demonization of the Chinese, which is ubiquitous in the news media, movies, books and TV dramas. Hopefully, the masses will read my book & understand what the Chinese have contributed and how we were mistreated in the past.

I think that we all share common values and hopes for the future. I am deeply concerned about the future for our children & succeeding generations. In my opinion, the first step towards peaceful coexistence is truth. Without truth, peace is only temporary and history will continue to repeat itself.Through my book, I remind people of historical mistakes in the hope of inspiring readers to question their belief in the morality & honesty of governments & media so that they will search and determine truth for themselves.

A friendship develops between Cheung, a Chinese merchant, his 12 year old son, Wing, and Nathan, a Rabbi, his 10 year old daughter, Louisa, during a trans-Pacific voyage in May of 1880. After Wing saves Louisa’s life, an infatuation develops. As the ship arrives in Victoria, an anti-Chinese protest is waiting at the dock. Father & son suffer minor injuries. Cheung rescues the manager of his store from jail and then decides to journey to Yale to solicit business from the CPR. On the way, father and son meet Way the nephew of Cheung’s old comrade who shared his early journey to Gum San (Gold Mountain). In New Westminster, Wing is kidnapped to work for the CPR.

Cheung decides to work for the CPR as a doctor’s assistant, as he searches for his son. After 6 months, Cheung delays his search to fulfill his promise to his father. He journeys to California with Way to rendez-vous with  Yeun, Way’s uncle, who has been interned by the immigration authorities. They meet Ti Chu, the most powerful man of San Francisco’s Chinatown, who tries to help the group perform their secret mission. As the trio head towards Marysville, Cheung and Yuen reminisce about their early experience during the California Gold Rush.  The group are also aided by a Chinese who once worked for the Central Pacific Railway, his white boss who is an established entrepreneur & another Chinese who has been adopted by a local Indian tribe, each relate their past experiences. After the mission is accomplished the group return to San Francisco and are entangled in a Tong War which they help Ti Chu to quell. Cheung returns to Canada to search for his son. Because of articles about the CPR that Cheung has written in San Francisco, the CPR officials try to sabotage Cheung’s search for Wing.

Yuen and Way are given jobs by labor contractors under Ti Chu’s authority and help Cheung search for Wing. The CPR has built a new steamship, the Skuzzy, to transport provisions & equipment up the Fraser River but after several attempts a narrow passage at Hell’s Gate seems impassable.

Wing’s crew is commandeered to help pull the vessel through Hell’s Gate. (PS the protagonists are befriended by many different groups & individuals – three groups of first nations people, the Sto:lo, the Maidu and the Nootka, many historical figures. Though the central characters are creations of my imagination I have, to the best of my abilities, remained consistent with historical events as they occurred during this era. )

Very few events affect the fate and direction of humanity more than wars. The Opium War was the first major confrontation between China and the West. .

The Emperor of China decided to put an end to the opium trade in 1839. His commissioner, Lin Tse-Hsu, confiscated & destroyed British-held opium then published an open letter in Canton, addressed to Queen Victoria to justify his actions. It has never been chronicled whether the letter was ever received by Queen Victoria, but the letter may have changed the history of the world as we know it today. The following is a small excerpt from the letter.

A Communication to Your Majesty, Queen Victoria:

The Way of Heaven is fairness to all; society regresses when we harm others to benefit ourselves. Men are alike in this regard all over the world, they cherish life and hate what endangers it. For the betterment of all nations our great Emperor wishes to appease and resolve the growing tensions between China and the other nations of the world. If there is profit China will share it with the peoples of the world; if there is harm it will be removed for the sake of humanity. Our belief is that what is just and fair for one nation is just and fair for all nations of the world.

The benefits from trade has been mutually enjoyed by both our countries for two hundred years but there appear among us purveyors of opium who wish only to profit and disregard the harm to the people of the Celestial Kingdom. His Majesty the Emperor has sent me to resolve this matter.

Would the world be safer, more peaceful today had the Opium War never occurred? The pursuit of wealth and power perpetuates endless conflict.