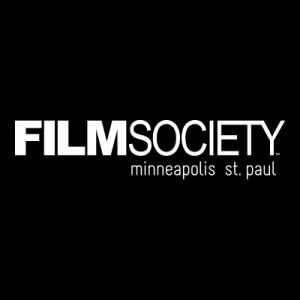 MINNEAPOLIS (March 8, 2017) — The Film Society of Minneapolis St. Paul on Thursday released the lineup of Minnesota Made films to be included in the 2017 Minneapolis St. Paul International Film Festival (MSPIFF). Also released are the Master Filmmaker Tribute, the Minnesota Cinematic Arts Award Honoree, a preview of two of the festival’s numerous parties, and MSPIFF’s Virtual and Augmented Reality Exhibition.

This year, MSPIFF—the largest film event in the Midwest—expands to include select screenings at the Capri Theater in Minneapolis, in addition to screenings at its hub at the St. Anthony Main Theatre, the Uptown Theatre, Metropolitan State University’s Film Space in St. Paul and the Marcus Wehrenberg 14 Theater in Rochester.

This year, MSPIFF will honor director Frederick Wiseman with the Master Filmmaker Tribute, and Minnesota producer Sarah Pillsbury with the Minnesota Cinematic Arts Award, two annual awards that are being launched this year. The festival will feature focused retrospectives on the groundbreaking works from both Wiseman and Pillsbury.

Virtual Reality (VR) has claimed its place as a dynamic visual playground for artists and filmmakers who are reimagining and transforming our cinematic experiences. With VR — and its newer twin, Augmented Reality (AR) — now coming into its own as a means of artistic expression, this year’s Festival is the perfect moment to explore this burgeoning field and fascinating new chapter in cinematic storytelling. To celebrate VR’s coming out party, we have curated a special selection of 11 VR projects (see below) that we feel represent highlights of the best, most engaging, and mind-expanding work of the last two years. The VR and the Future of Storytelling Exhibition runs from Friday, April 21 – Tuesday, April 25 at St. Anthony Main. Admission is free and open to the public.

Virtual Reality and the Future of Storytelling:

Under the Canopy  (VR)
Patrick Meegan

Use Your Imagination  (VR)
Roberto Drilea

Arguably the most disruptive force in filmmaking since the birth of the art form, Virtual/Augmented Reality is radically transforming how we experience the medium of film. This panel of VR and AR filmmakers, whose work is featured in our VR/AR Exhibition, will describe their path-breaking creative processes, address the technical challenges they met, and discuss how VR and AR are stretching the parameters of cinematic storytelling in bold, unpredictable, and exciting ways.

MSPIFF is not only premieres exciting films from around the world, but brings people together for parties and social events combining live music, entertainment, and cinema. Two of these events are the MSPIFF Preview Party and our annual XYZ Party.

The MSPIFF Preview Party Presented by the Star Tribune and the Film Society of Minneapolis St. Paul on Wednesday, April 5 brings Star Tribune Movie Critic Colin Covert, MSPIFF Programming Director Jesse Bishop and MSPIFF Programmer Craig Laurence Rice together for an exclusive conversation that will pull back the curtain on what goes into planning the largest film festival in the Midwest. The event begins with a reception at Aster Cafe’s River Room, 125 SE Main Street, Minneapolis, followed by the conversation and a screening of Page One: Inside the New York Times at the St. Anthony Main Theater, 115 SE Main Street, Minneapolis.

MORE THAN 80 LOCALLY MADE FILMS

MSPIFF is the focal point for local filmmakers, and we’re proud to present a line-up of more than 80 new locally made short and feature length narrative and documentary films from around the state.

40 YEARS OF MAY DAY: A TRIPTYCH
Filmmakers attending | World Premiere
Three documentaries that explore the cultural, political, artistic, theatrical phenomenon happening every May Day in Minneapolis for over 40 years. Directed by Will Hommeyer, Daniel Polsfuss, and Mike Rivard. USA. 2017. English. 97 min. Documentary.

ACCIDENTS WAITING TO HAPPEN
Filmmaker attending | World Premiere
A documentary about the history, and the reunion of, Minneapolis Indie rock legends 12 Rods, following the band from its roots in Oxford, Ohio to working with Todd Rundgren. Directed by James Francis Flynn. USA. 2017. English. 105 min. Documentary.

THE SOUNDING
Minnesota Premiere
After years of silence Liv begins to create a new language of her own by weaving together Shakespeare’s words. A neurologist commits her, and Liv begins to rebel. Directed by Catherine Eaton. USA. 2016. English. 89 min. Narrative.

SUPERMOTO
Filmmaker and cast members attending | World Premiere
A young woman wakes up alone in a motel room. Her boyfriend has ditched her, leaving her with a few dollars, a toothbrush, racing leathers, and a supermoto motorcycle. She’s just learned that she’s pregnant. Directed by Joe Maggio. USA. 2017. English. 85 min. Narrative.

VOICE FROM THE STONE
Filmmaker and crew attending | World Premiere
In 1950s Tuscany, Verena, a young nurse (Game of Thrones’ Emilia Clarke), is helping a young boy who is suffering trauma over the death of his mother while also contending with a haunted castle. Directed by Eric D. Howell. USA, Italy. 2017. English. 94 min. Narrative.

Carl Eller – The Hunt for Self Expression
Pam Colby

How the Circus Saved My Life…Chimgee’s Story
Stewart Lippe

I’ve Got a Tolerance
Tyler Hudson

Legend of Cyril, The
Beth Peloff

Save the Velodrome
Christian Isaac Sundquist

Stress of Her Regard, The – “Class Warfare”
Ilya Simakov

Swimming in the Desert
Alvaro Ron

TOWN BY THE WATER
Raechel Bosch

MSPIFF is presented by the Film Society of Minneapolis St. Paul, a dynamic 501(c)(3) non-profit dedicated to fostering a knowledgeable and vibrant appreciation of the art of film and its power to inform and transform individuals and communities.
The Minneapolis St. Paul International Film Festival is generously supported by the Star Tribune, Cedarwoods Foundation, the Academy of Motion Picture Arts and Sciences, Minnesota State Arts Board Legacy Amendment Funding, National Endowment for the Arts, McKnight Foundation, US Bank, The Minneapolis Foundation, Minnesota Philanthropy Partners, Indeed Brewing Company, Canon, Cinequipt, the Uptown Association, Fox Rothschild, Depot Renaissance Minneapolis Hotel, numerous international Consulates, and the 2,000+ Members of the Film Society of Minneapolis St. Paul. mspfilm.org/festivals/mspiff