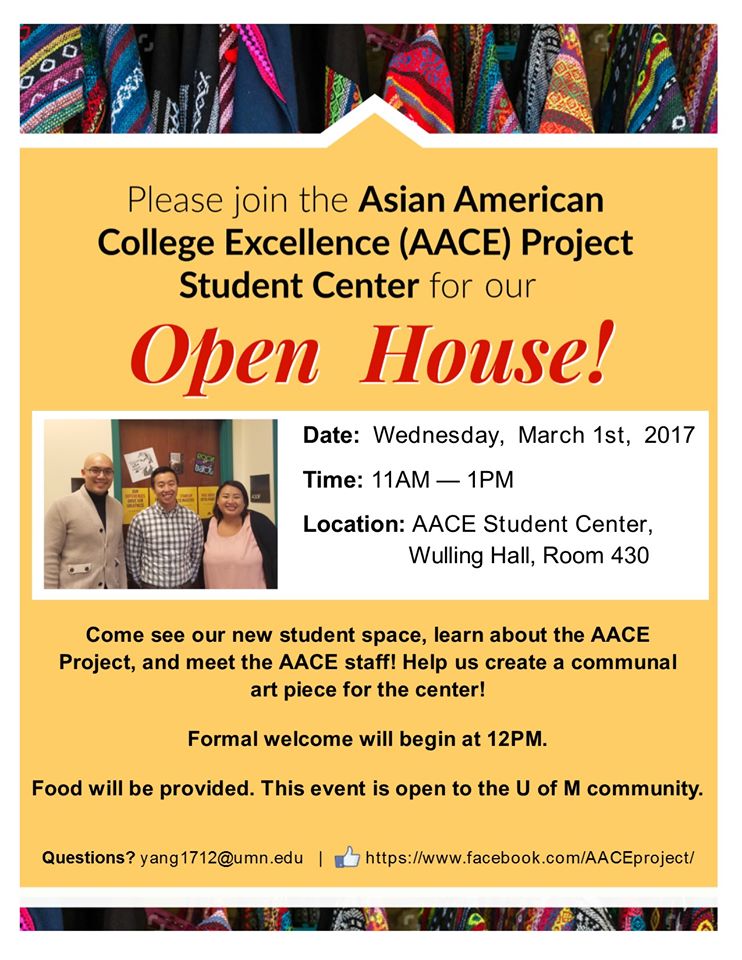 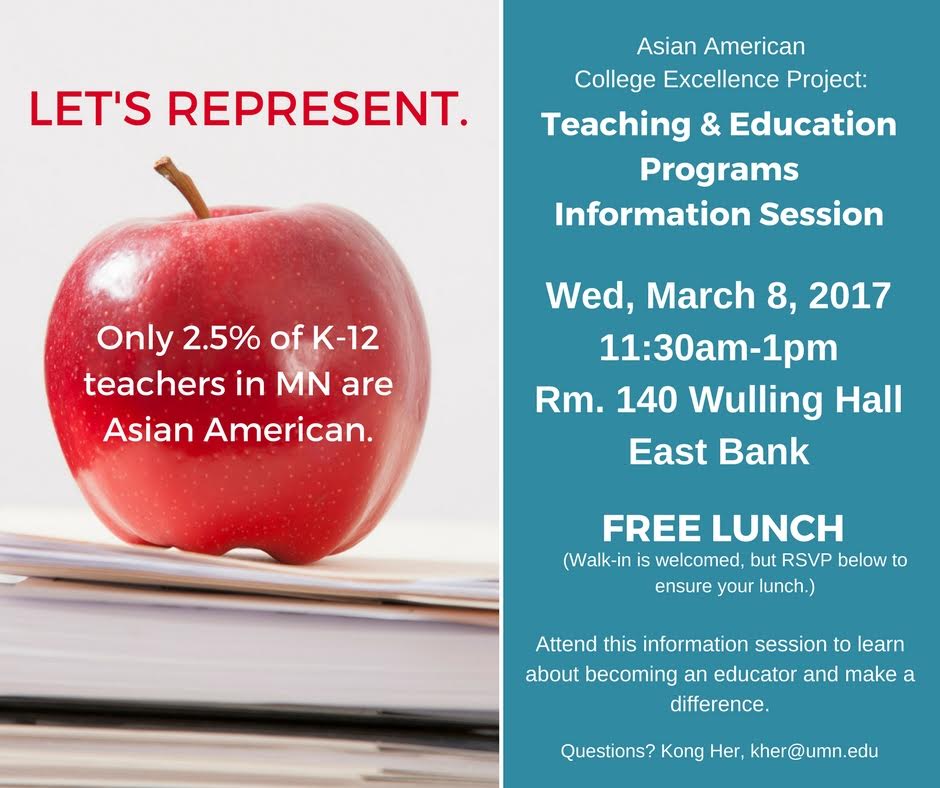 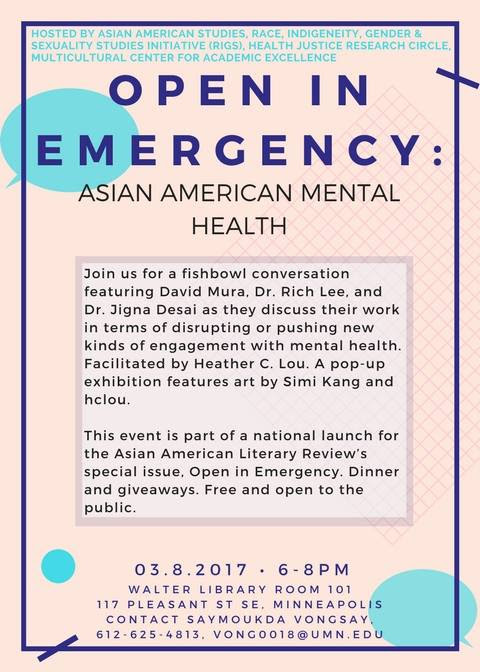 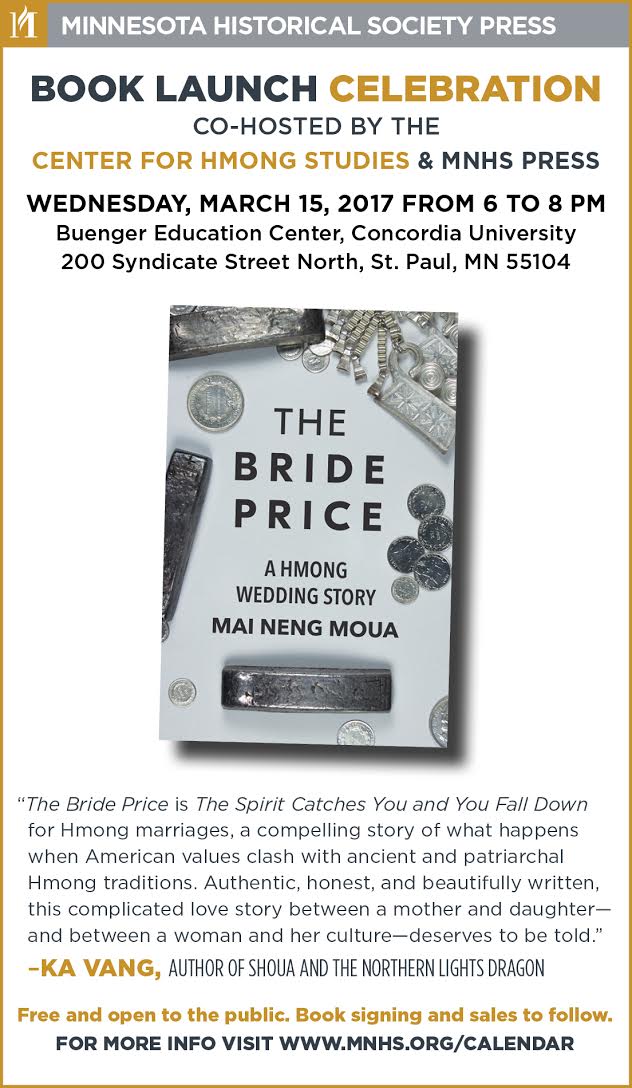 When Mai Neng Moua decides to get married, her mother, a widow, wants the groom to follow Hmong custom and pay a bride price, which both honors the work the bride’s family has done in raising a daughter and offers a promise of love and security from the groom’s family. Mai Neng, who knows the pain this tradition has caused, says no. Her husband-to-be supports her choice.

What happens next is devastating, and it raises questions about the very meaning of being Hmong in America…(read more here)

April 6
“Light” film screening
3pm-9pm
Cowles Auditorium, H.H.Humphrey Building
301 19th Ave S., Minneapolis, MN 55455
Hosted by Asian Women United, LIGHT is a film in which dance, memory, music, and poetry collide in a visual and aural landscape; a meditation on women being propelled into the unknown by courage and faith to risk their lives and everything they have for freedom.
April 18
Taiko Traditions and Taiko Going Forward
12pm-1pm
Social Sciences Building room 710
267 19th Ave. S., Minneapolis, MN 55455

How did the daughter of a provincial governor and the daughter of a buffalo-riding gangster become BFFs? The Friendship Play is a comedy-turned accidental musical about real-life BFFs May Lee-Yang (a Hmong refugee) and Saymoukda Duangphouxay Vongsay (a Lao refugee). Set to the backdrop of karaoke music and Little House on the Prairie fantasies, Lee-Yang and Vongsay hack their way through stories about refugee life, American pop culture, and empowering their brethren through the Hot Asian Man project. This performance is part of the Power and Privilege Series sponsored by the University of Minnesota’s Office of Student Affairs. Free.

A limited number of special VIP tickets include a pre-show reception with guest artists and preferred seating. All other seating will be general seating only.Tickets ($20 students, $40 adult, $60 VIP) can be purchased here. 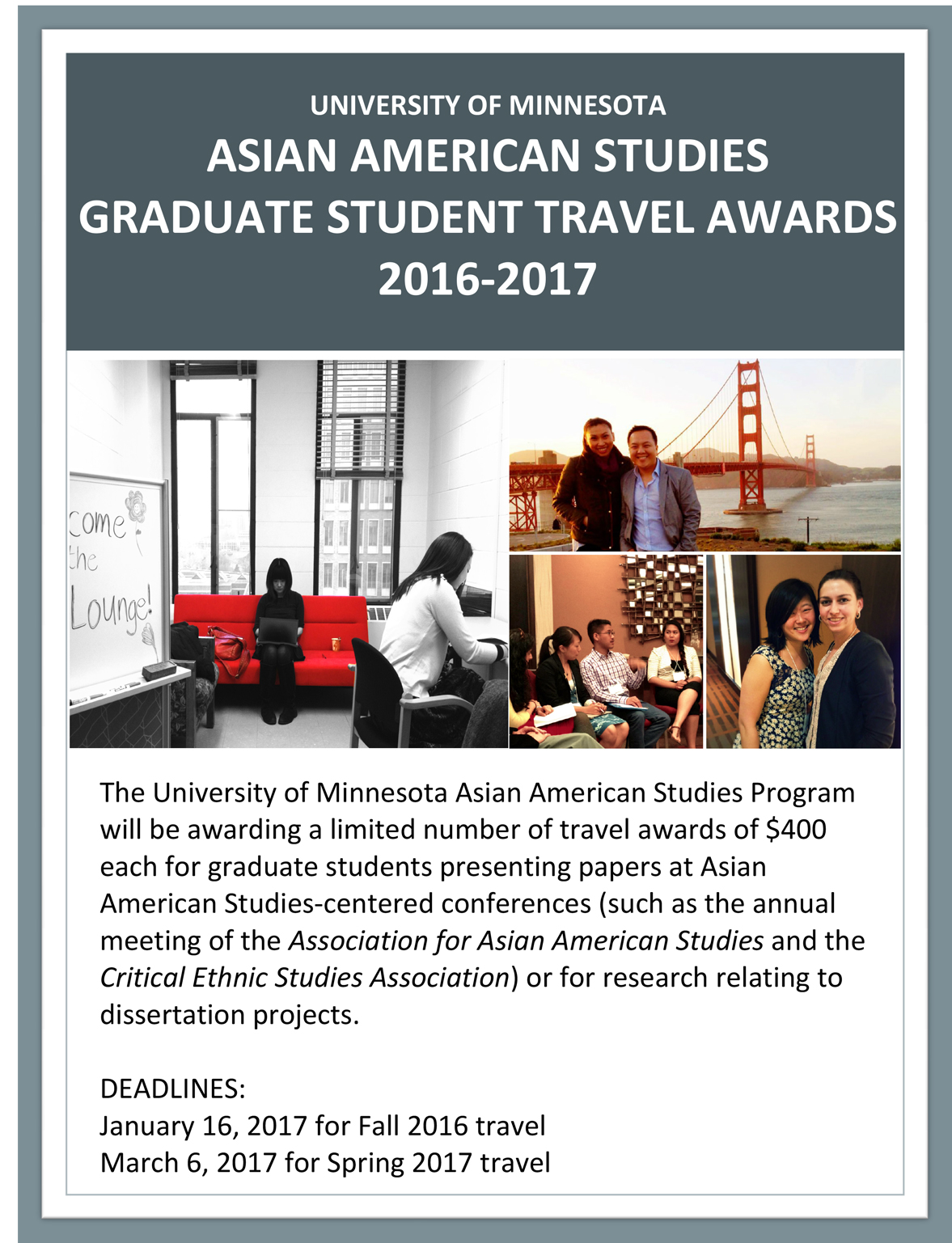 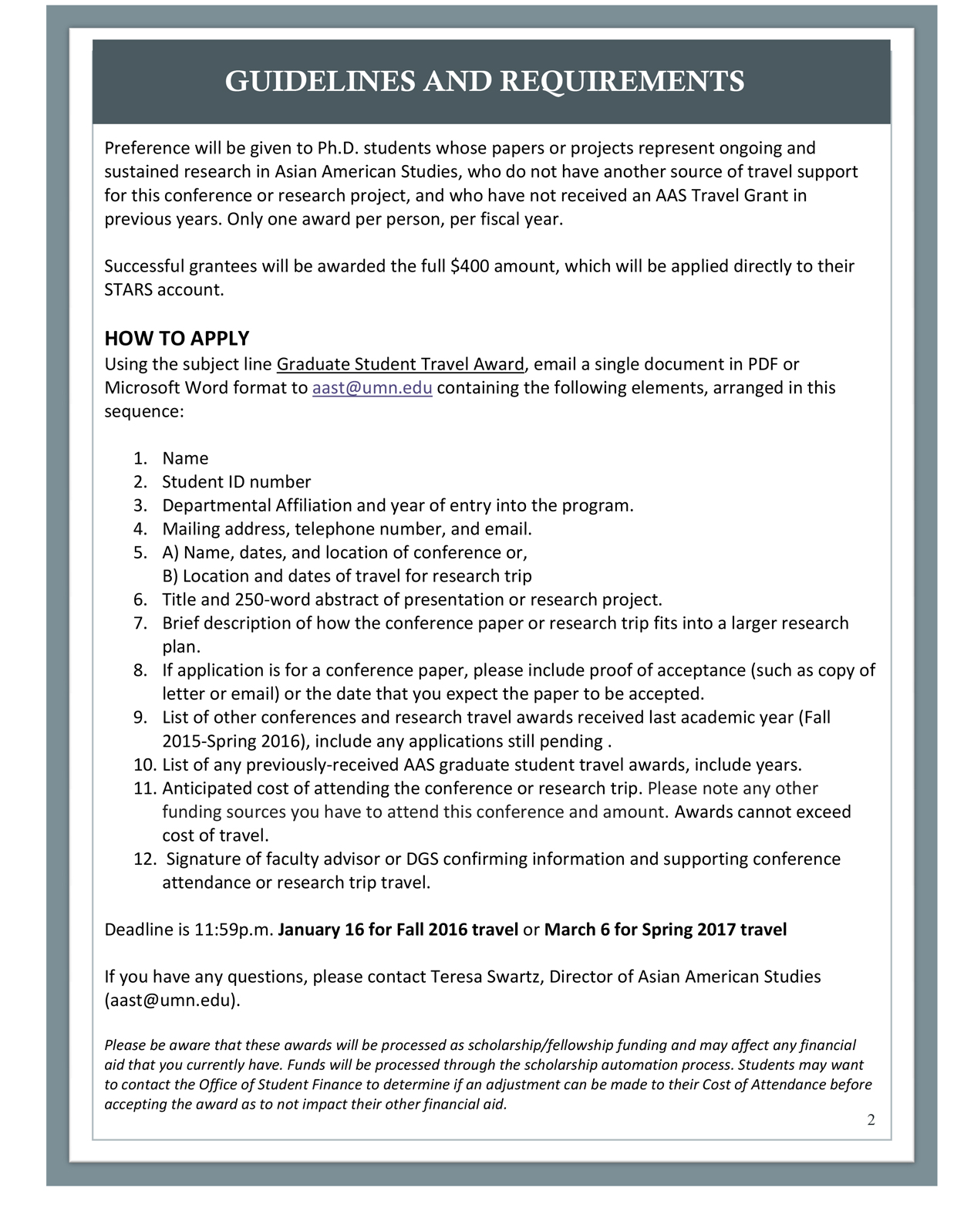