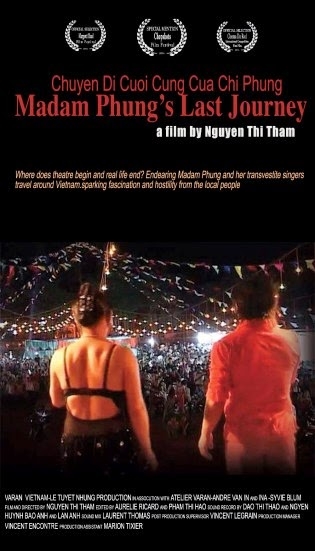 With its bi-annual movie screenings every spring and fall, APUC honors talented filmmakers from the Far East and brings their films to the Windy City for Chicago audiences to experience and enjoy. Now in its fourth season, APUC will showcase 18 movies from March 1 through May 3, 2017 at the AMC River East 21 and other pop-up venues.

Other festival highlights include the U.S. premieres of two new comedies, Survival Family, a Japanese family that struggles to keep it together after a world-wide electrical power outage occurs; and My Egg Boy, a young Taiwanese woman who’s afraid she’ll never have children freezes her eggs to prolong her fertility until the right man comes along; and a documentary-narrative shot in Tibet by critically acclaimed director Pema Tseden, The Search, about a photographer and a director traveling from village to village looking for actors to star in a film based on the Tibetan opera Drimé Kunden.

Hong Kong’s Teddy Robin Kwan will be the recipient of the festival’s Lifetime Achievement Award on Thursday, May 11st at the Chicago History Museum. Teddy is one of the most celebrated entertainment figures in Hong Kong. His legendary career as a director/actor/singer/songwriter/record producer goes back decades.

Season IV festival guests confirmed in attendance will be:

“It is our pleasure to present our fourth season of diverse, contemporary Asian films in Chicago. Our mixed-genre film festival includes 18 works with many premieres and gems never shown before on the big screen in the U.S.  To include a broad audience, 10 films will be free and open to the public, “explained Founder & Executive Director, Sophia Wong Boccio.

Asian Pop-Up Cinema Season IV is March 1st to May 3rd.  At the AMC River East 21, tickets are $10.00 for regular screenings and $15.00 for films with directors and other special guests in attendance. Tickets are on sale now at: www.asianpopupcinema.org/tickets. All ticketed screenings include a Q&A moderated by, Ron Falzone, Associate Professor at the Cinema Art and Science Dept. of Columbia College Chicago.

Director Shinobu Yaguchi specializes in feel-good “zero to hero” films, where a group of people take up an unlikely activity, face a number of obstacles, but finally succeed. His film Waterboys was particularly successful and led to a TV series which entered its third season in 2005. He was awarded Best Screenplay at the 2005 Yokohama Film Festival for his film Swing Girls.

“…a family drama with thinly veiled morals and plentiful fish-out-of-water humor to boot.”

Synopsis: The film raises the question: Is there a future for the family when the world is denied of electricity all of the sudden?

“A tender story of aging, carnival-style.” —The Village Voice

Synopsis: This cinéma vérité documentary takes us on a year-long ride with an itinerant troupe of cross-dressing performers, led by Madam Phung, as they traverse the remote southern regions and central highlands of Vietnam.

“Cock and Bull is a suspenseful, exhilarating and atmospheric crime thriller with exciting action and clever surprises.”  – NYCmovieguru.com

Synopsis: When a murder occurs in a small town in southeast China, a local mechanic, known for his honesty, comes under suspicion. When the police target him to take the fall, he’s forced to try and exonerate himself, uncovering a number of disturbing facts, most much bigger than the initial crime.

Written and Directed by: Pema Tseden

Synopsis: The Search is the first-ever film made in western China’s Tibet Autonomous Region to have been shot entirely with a Tibetan crew and in the Tibetan language. The film picks up the story of a photographer and a director traveling from village to village looking for actors to star in a film based on the Tibetan opera Drimé Kunden, a legendary account of a prince who selflessly gives away his children and his own eyes to those in need.

Fu began her career as a novelist and has won the most prestigious literature award in Taiwan.  She has written scripts for several Taiwanese directors and made her directorial feature debut, Somewhere I Have Never Travelled, in 2009. The film was included at numerous film festivals including Hong Kong, Taipei, Karlovy Vary, San Francisco and Okinawa. She has made several television films, documentaries and music videos.

Synopsis: A woman freezes her eggs and looks for the right man to start a family. In the pursuit of this man, she ends up in a wintry Swedish Province where ice and snow becomes a metaphor for the unborn child who is waiting to be born.

“If you’re one for the zanier elements of Japanese cinema this is one that should be on your ‘to see’ list this year.” – Movie Buzzers

Synopsis: Hinako and Seiji had managed an herbal pharmacy until the unexpected death of their son.

They closed up the pharmacy and moves to the housing project where a mysterious guy visits them for a medication. One day, Seiji disappears and soon rumors start up among this small community.

“A solid drama that explores the relationship between master and disciple, tradition and modernity, and what we personally stand for in this quite excellent if predictable tearjerker.” – Filmnomenon

Synopsis: From the Director of Old Well and The King of Masks comes his final film that helped inspire the 5th Generation filmmakers in China.  In Song of the Phoenix, the life and trials of You Tian-ming, a young suona (trumpet) apprentice forms his own troupe at a time when the traditions of suona music are declining in Chinese society. As a grown man, he has to face the painful reality that his chosen calling is no longer in tune with a modern, urbanized China.

Synopsis: During WWII, Mongolian goat herder Norjmaa finds two injured soldiers, one Japanese and one Russian. She takes them into her care, tends to their wounds with traditional Mongolian medicine, and saves their lives. However, when the two enemies are strong enough, each man seems to have only one thing in mind – murdering the other. Norjmaa has war wounds of her own from her troubled past. How can she make them see reason when all three of them speak different languages?

Synopsis: Train to Busan is a harrowing zombie horror-thriller that follows a group of terrified passengers fighting their way through a countrywide viral outbreak while trapped on a suspicion-filled, blood-drenched bullet train ride to Busan, a southern resort city that has managed to hold off the zombie hordes… or so everyone hopes. The film broke all box office records in major cities in Asia when it was first released in 2016.

Two films that highlight the festival’s recipient of the Lifetime Achievement Award, TEDDY ROBIN KWAN (Meet him on May 11th):

Synopsis: Unfulfilled at work and dissatisfied with her marital life, a middle-aged woman attends a high school reunion and finds a floodgate of flashbacks that change the course of her and two boys’ lives forever.

Teddy won Best Supporting Actor and was nominated for Best Original Score for this film by The Hong Kong Film Awards.

Variety praised the actors in Gallants, noting “the charisma of Bruce Leung and Chen Kuan-tai” while saying that Teddy Robin Kwan “steals the show”.

Synopsis: Weedy office worker Cheung is sent to a remote village to secure property rights for his real estate company. Two martial artists run the village’s teahouse, which was once the kung-fu school of their teacher Master Law. Law is lying unconscious upstairs in a three decades-long coma, but he awakes when gym boss and local landlord Pong attempts to secure the teahouse for redevelopment. Law mistakes Cheung for a former student and starts training him in preparation for a martial-arts tournament at Pong’s gym that will decide all of their fates.

After winning the Best New Director Award at the 37th Paeksang Arts Awards in 2001 for I Wish I Had a Wife and making a lavish debut, director Park Heung-sik won the Best Director Award at the 41st Paeksang Arts Awards in 2004 for My Mother the Mermaid, which captured a daughter going back to her mother’s world at age 20 and meeting her first love. The film also won the Grand Prize at the 16th Yubari International Fantastic Film Festival and further proved his outstanding directing talents.

Park claims he wanted to express the most basic human desires through Love, Lies.  “I focused on the desires that stem from jealousy. If envy and jealousy form in one’s heart for someone else’s talents, their desires cannot be controlled. I wanted to portray the dramatic desires that many people can relate to.”

Synopsis:  Two best friends, So-yool and Yeon-hee, dream of becoming the top artists in Seoul together during the time of Japanese occupation in 1943. But their friendship doesn’t last long as Yoon-woo,
So-yool’s first love and songwriter, falls in love with Yeon-hee and her voice. So-yool’s feelings of jealousy and inferiority towards Yeon-hee grows by the day, and she eventually makes a drastic decision to bring the two lovers down.

Teddy’s co-composer from Hong Kong, Tomy Wai – with 74 music-for-movie credits to his name – will be joining Teddy as a guest speaker. In addition, the event will feature a multi-media music performance with Chicago’s own Fulcrum Point New Music Project performing the honoree’s sound score and accompanying winners of a city-wide “Chicago’s Got Cantonese Talent” singing competition, performing three of the honoree’s award-winning theme songs.  More info: www.asianpopupcinema.org/lifetime-achievement-award-night

Asian Pop-Up Cinema, a semi-annual Asian Film Festival, is the brainchild of Sophia Wong Boccio, founder of SOPHIA’S CHOICE, Chicago-based 501 C (3) not-for-profit incorporated in the fall of 2015 with the mission of cultivating interest in Asian culture through film; connecting individuals in the film industry for professional and educational exchanges; and promoting Chicago as a premiere destination for Asian filmmakers.  More info:  www.asianpopupcinema.orr

We acknowledge with thanks the following sponsors and cultural partners for Season IV (in alphabetical order):