Margaret Rhee and the members of Kearny Street Workshop wanted the evening to be more than a book launch, and used the night to honor Truong Tran, a poet, artist, mentor and community organizer who played a pivotal role in the literary and cultural growth of San Francisco and the surrounding region.They were also gathering in resistance and solidarity, particularly in light of social shifts since November.

Rhee is a feminist poet, new media artist, and scholar. Her research focuses on technology, and intersections with feminist, queer, and ethnic studies. She received her B.A. in English/Creative Writing from the University of Southern California. She holds a Ph.D. from the University of California Berkeley in Ethnic Studies with a designated emphasis in New Media Studies. Presently she is at the University of Oregon as a Visiting Assisting Professor. 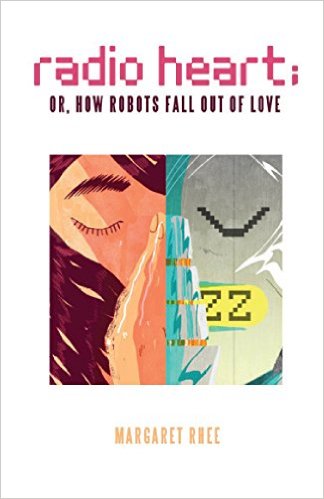 Rhee has a special interest on digital participatory action research and pedagogy. Her scholarship has been published at Amerasia Journal, Information Society, and Sexuality Research and Social Policy. She was co-lead and conceptualist of From the Center, a feminist HIV/AIDS digital storytelling education project implemented in the San Francisco Jail.

For this project, Rhee was awarded the Chancellor’s Award in Public Service from UC Berkeley and the Yamashita Prize Honorable Mention for young activists by the Center for Social Change. She has served on the board of directors for social justice organizations, DataCenter and the Queer Women of Color Media Arts Project.

From 2004 – 2006, Rhee worked as an editor for publications such as YOLK Magazine, Chopblock.com, and Backstage. Her poetry has been published at the Berkeley Poetry Review, Lantern Review: A Journal of Asian American Poetry, and Mission At Tenth. “Radio Heart, or How Robots Fall Out of Love,” is her second chapbook from Finishing Line Press.

During the evening, Rhee read three of her poems, including her timely piece “What We Write, What We Believe. An Asian American Poet’s Manifesto” from Amerasia Journal.

Truong Tran is a poet and visual artist. His publications include, The Book of Perceptions(Kearny Street Workshop 1999, finalist in The Kiriyama Book Prize), Placing The Accents (Apogee Press 1999, finalist in the Western States Book Prize for Poetry), dust and conscience (Apogee Press 2000, awarded the San Francisco Poetry Center Book Prize), within the margin (Apogee Press 2004) and Four Letter Words (Apogee Press 2008). He is the recipient of four San Francisco Arts Commission’s Individual Artist Grants in Writing, one in visual arts, An Arts Council of Silicon Valley Grant, a California Arts Council Grant, a Creative Work Fund Grant and a Fund For Poetry Grant.

Truong lives and works in San Francisco and is currently the visiting professor of poetry at Mills College. Truong’s poetry has been widely translated in Dutch, French, Vietnamese and Spanish. His artwork has been shown at Intersection for the Arts, Kearny Street Workshop, and the California Historical Society.

In February 2010, Truong had his first solo exhibition at The Mina Dresden Gallery in San Francisco. In 2011, Truong presented both his visual and written work at the Smithsonian Gallery in Washington DC. In the same year, he along with Former US Poet Laureate Robert Hass were featured US writers at The Poetry Festival International, in Rotterdam.

Truong’s work has been featured in Interview Magazine Russia, The Huffington Post, The Independent UK, The San Francisco Chronicle and The Washington Post. In March of 2015, Truong debuted his installation entitled “Framed Targets” at The California Institute of Integral Studies. He continues to teach, write and make art in San Francisco.

Truong graciously accepted the award from CAPRE (Concerned Artists and Poets for Racial Equity) and read a touching piece he had written for his students in the aftermath of the November elections to give them strength.

A brief reception was held afterwards, and Rhee thanked everyone who helped to make the evening a success.