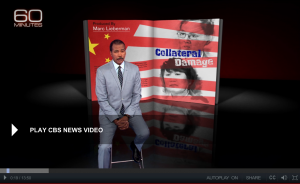 New York City (May 16, 2016) — The Committee of 100 (C-100) commends CBS News and its “60 Minutes” episode Collateral Damage (aired Sunday May 15), for bringing the public’s attention to the situation of innocent Chinese Americans being falsely accused of economic espionage-related crimes and the personal and professional harm they suffered as a result.
The cases of Dr. Xiaoxing Xi and Ms. Sherry Chen, both of whom were featured in the program, are just two recent examples of Chinese Americans working as scientists and in technical fields who have been accused by the U.S. Department of Justice of wrongdoing, only to have their cases dropped later without any explanations or apology, but not before suffering ruinous consequences both personally and professionally.
As an organization committed to the full inclusion and equal protection of Chinese Americans in the United States, the Committee of 100 has long been concerned about the risk of innocent Chinese Americans being caught in the dragnet of the U.S. fight against Chinese espionage. Since 2012, C-100 has been conducting a series of educational workshops throughout the country for Asian Americans in the scientific community on the risks and requirements of U.S. laws on trade secrets, espionage, and export controls. This public service is provided in order to prevent Asian American scientists and government employees from being accused of wrongdoing due to insufficient knowledge of the risks and sensitivities involved in their fields. The C-100 programs were referenced in the “60 Minutes” segment.
Both Dr. Xi and Ms. Chen recently spoke of their ordeals at the Committee of 100 Annual Conference in Los Angeles on April 16, 2016, alongside Congressman Ted Lieu – also a vocal advocate for greater government accountability on these cases. Dr. Xi and Ms. Chen’s candid presentations at the C-100 conference received standing ovations. C-100 applauds their courage to stand up and speak out. In the wake of Dr. Xi and Ms. Chen’s cases, C-100 has also been calling for greater accountability on the part of federal investigators and prosecutors.
“This pattern of wrongful prosecutions, based potentially on targeting people due to race, ethnicity or country of origin goes against the fiber of what this country is about,” said Frank H. Wu, Chairman of C-100. “We are pleased that CBS News and 60 Minutes has brought this to the public’s attention. It is vital that the government, community organizations, individuals, and the media work together to ensure that we remain true to the American ideals of the presumption of innocence, due process, and equal protection for all.”
Watch the clip on CBS’ 60 Minutes website here.
The Committee of 100 is an international non-partisan leadership organization of prominent Chinese Americans in business, government, academia, and the arts. For over 25 years, the Committee has been committed to a dual mission of promoting the full participation of Chinese Americans in all fields of American life, and encouraging constructive relations between the peoples of the United States and Greater China. Download and share the C-100 educational flyer on “Legal Risks in Advancing Technology between the U.S. and China”. Learn more: Committee100.org.