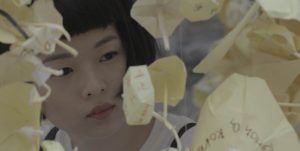 CALGARY (April 18, 2016) — Hong Kong Trilogy is the internationally acclaimed cinematographer Christopher Doyle’s third directorial feature. The Australian expat has for decades based in Hong Kong, and worked with directors including Edward Yang, Stanley Kwan, Chen Kaige, Sylvia Chang, Gus Van Sant, Zhang Yimou, Philip Noyce, James Ivory, Fruit Chan, Jim Jarmusch, Neil Jordan, Peter Chan and Sebastian Silva. But his most well-known works probably are the six features under the helm of Wong Kar-wai, among them Chungking Express (1994), Happy Together (1997) and In the Mood for Love (2000), which earned him the Cannes Technical Grand Prize that year.

What is it like to see Doyle wear the director’s hat? In this triptych of a documentary/fiction feature, Doyle has created a quirky and unconventional take on this one-time British Colony, now a tiny piece of precarious land trying still to thrive freely under the shadow of an authoritarian giant that is China. Using the word of the title, the 90-minute docu-fiction is quite fairly can be described as preposterous. Doyle presents his adopted homeland in a cacophony of portraits through his own artistic and eccentric frame.

The three parts describe the school children, youth, and active elders of Hong Kong. While they depict three different age groups of people, Doyle has deftly linked the three sections with some common characters. The interwoven effects of their narratives make an overarching motif–to live freely–fusing facts and fiction, realism and fantasy. 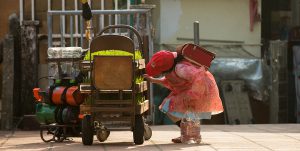 Here are some highlights from each section. In ‘Preschool’, the camera focuses on an elementary/middle school precariously nestled among a jungle of tall high-rises. We hear the voices of several school children, all of them over-tutored. But the most poignant is a boy named “Vodka” who lives under the care of a maid and communicates with his parents in Australia through Skype, his companion an artificial turtle. We also see a love-sick young rapper awaits for the school to end in order to meet his unrequited love, Teacher Selene. We see narratives that don’t seem to connect, but would reappear in later parts to continue their stories.

The second part is the most powerful section in that Doyle includes footages he took inside the tent city: ‘Camp Democracy’ in Hong Kong’s Central District during ‘The Umbrella Revolution’ in September of 2014. Student protesters set up tents and occupied the area for 79 days. We see a religious girl who lives on a boat from ‘Preschooled’ delivering water and egg tarts to the tents of these youth. We see a relatively organized system there, an organic garden cultivated, and each tent with an address to which mail can be delivered. We also hear voices of the people, musicians, artists, the numerous post-it notes on a wall, art and banners, architectural rendering, simply to express their longing for freedom and democratic ideals. And the rapper raps. 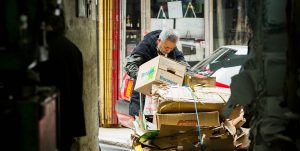 “Preposterous” describes an elderly speed-dating outing. Senior citizens hop on a ‘party tram’ and are taken to various points of interest in the city led by, surprise, the young rapper we see in the first two sections. Teacher Selene also shows up as a volunteer nurse. Preposterous scenarios and characters that sometimes make one feel it’s a gratuitous trip that Doyle is taking us on, a wild ride indeed.