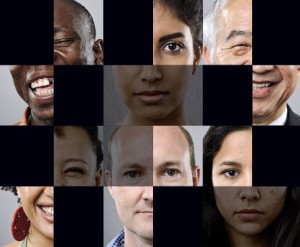 MINNEAPOLIS (March 24, 2016) — Asian American poets Bryan Thao Worra, Kao Kalia Yang, Timothy Yu and Ed Bok Lee have been selected as Featured poet-presenters at the Spring Conference 2016 of the Wisconsin Fellowship of Poets at the end of April. The theme of this year’s conference is “Crossing Borders: Hearing other Voices in Poetry.”

The event begins on April 29th at the Crowne Plaza in Madison, Wisconsin and continues until April 30th. A semi-annual event, it typically gathers between 80 to 100 of the state’s most passionate poets gather to engage in workshops, readings, open mics, book fairs and a banquet/awards ceremony. Among the events scheduled this year is an Open Mic Poetry session done in a round-robin style, emceed by F. J. Bergmann. All experience levels are welcome.

Established in 1950, the Wisconsin Fellowship of Poets (WFOP) is a non-profit organized around poetry: reading poetry, writing poetry, and advocating poetry. The organization was created exclusively for literary purposes with the hope that Wisconsin could become more poetry aware and appreciative of its poets and poetic heritage. In 2015 they celebrated their 65th anniversary at Green Lake.

Bryan Thao Worra is a Laotian-American writer. His books include On The Other Side Of The Eye, Touching Detonations, Winter Ink, Barrow and The Tuk Tuk Diaries: My Dinner With Cluster Bombs. He is the first Laotian American to receive a Fellowship in Literature from the United States government’s National Endowment for the Arts. He received an Asian Pacific Leadership Award from the State Council on Asian Pacific Minnesotans for Leadership in Arts in 2009. His latest collection, Demonstra, won the Science Fiction Poetry Association Elgin Award for Book of the Year in 2014. He was selected as a Cultural Olympian representing Laos during the 2012 Summer Olympics.

Kao Kalia Yang is a Hmong American writer and author of The Late Homecomer: A Hmong Family Memoir from Coffee House Press. Her work has appeared in Paj Ntaub Voice Hmong literary journal and numerous other publications. She wrote the lyric documentary, “The Place Where We Were Born”. Her new book, titled The Song Poet, will be published in 2016 by Metropolitan Books.

“I applaud the tremendous work of all of the Wisconsin poets who have come together to hold such an enormous undertaking, and I look forward to sharing both my classic work as well as newer pieces with everyone that weekend,” said Thao Worra.