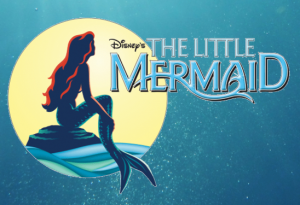 In a magical kingdom beneath the sea, the young mermaid Ariel longs to leave her ocean home to live in the world above. Based on one of Hans Christian Andersen’s most beloved stories and the classic animated film, Disney’s The Little Mermaid is a hauntingly beautiful love story for the ages. With music by eight-time Academy Award winner Alan Menken, lyrics by Howard Ashman and Glenn Slater, and a compelling book by Doug Wright, this fishy fable will capture your heart with its irresistible songs including “Under the Sea,” “Kiss the Girl,” and “Part of Your World.”

Matthew Berdahl is the production’s Director, with Music Direction by Natalia Romero and Choreorgraphy by Anna Hickey. Benjamin Eng is the Lighting Designer. Costumes are designed by Kathleen Martin. Set and Properties Design by Shy Iverson. And Stage Management by Andrew Turbiville.

Young Artists Initiative (YAI) believes that the arts should be accessible to all young people regardless of race, beliefs or economic status.  Too many young artists are unable to enroll in arts training because of high tuition costs. YAI aims to provide both high quality programming and productions at very affordable prices, with a number of students receiving scholarship support.

Ticket prices are $10 for adults; $8 for seniors/students; $6 for children. Tickets can be purchased online or at the performance.  Seating is general admission.

More information about the Young Artists Initiative can be found at www.youngartistsmn.org.