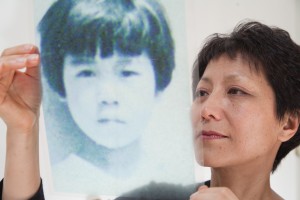 (Scene from In the Matter of Cha Jung Hee)

Minneapolis based nonprofit AdopSource will host its second annual Minnesota Transracial Film Festival (MNTRFF 2010) on November 6 and 7 from 1:00 p.m. to 9:00 p.m. at the St. Anthony Main Theatre, SE 115 Main Street, Minneapolis. The festival will showcase the talents of five different female filmmakers who all focus their work on various aspects and origins of transracial adoption. Each of the films offers a poignant, deep and sometimes painful examination of various aspects of transracial adoption. The individuals and families living the transracial experience are illuminated and provided with a safe place to share their experiences.

“Minnesota Transracial Film Festival was created to showcase the voices of adoptees and their families of their unique life journey and experience,” said Ami Nafzger, executive director AdopSource. “There are dozens of adoptee films created worldwide, but very little resources to share these voices to the mainstream and adoptee community itself.

“With Minnesota having one of the largest population with International Adoptees (approximately over 40,000 adoptees) we feel Minnesota is a great place to start with this film festival,” she added.

• In the Matter of Cha Jung Hee

Written and directed by Deann Borshay Liem, In the Matter of Cha Jung Hee follows the story of Deann herself as she travels back to Korea in search of the woman she was switched with back at the orphanage she was cared for in.

Prior to making the journey to her adoptive family in California, Deann had been switched with a girl in the orphanage named Cha Jung Hee, who disappeared shortly before she was scheduled to be sent to the United States. Through her film, Deann takes the viewer on an emotional, revealing journey into her past as she is given the opportunity to observe and experience aspects of the lives she could have mirrored herself, had she remained in Korea.

The film began when Deann found the case history of the real Cha Jung Hee in a drawer filled with letters she had written to her mother over the years.

From there a journey began for Deann as she searched her past for answers to the secret she had been forced to keep since her days in an orphanage.

“It was thrilling to meet these other women,” said Deann of the Cha Jung Hee’s she met throughout the course of her trip. “Their lives really gave me insight into what my life could have been. I realized that if I had stayed in Korea I would have had a difficult life but a worthwhile life.”

Deann is excited to be traveling to Minnesota to debut her film. “It feels like my tribe,” she said. “It’s always great visiting and talking to adoptees and I feel such a shared sense of community in Minnesota.”

Co-directed by Nicole Oper and Sharese Bullock, Off and Running chronicles the adolescent years, ages 15 to 18, of Brooklyn teenager Avery, an African American adoptee in a family of two Caucasian lesbian women.

“This project is such a wondrous feat,” said Bullock of the film. “Avery is just a wonderful human being and she is so courageous and brave to take on so many aspects of her journey knowing there are so few times when you get to see the process of an adoptee looking fort heir birth families. She really had that mission in making this an experience that was not just about her and her process but also around how she and her families could help others.”

Thirty years after his transition to an adoptive family in South Dakota, Brent takes on a search for his birth mother. Filmmaker Tammy Chu captures the tremendous loss felt by both a Korean adoptee and his birth mother.

The film highlights the loss felt by adoptees and particularly by Korean adoptees, who number over 200,000 over the past 55 years.

The experiences of Vietnamese adoptees are captured in this beautiful film by Tammy Nguyen. The project was both personal and emotional for Lee as she scraped by to dedicate all of her spare time and money into the 5-year film.

Lee focused her story on the American adoptee perspective and through her film, tells the story of the 2,500 Vietnamese orphans transported out of their birth country and into the United States in 1975. The interviews Lee was able to capture articulate the struggles and pain felt by Vietnamese adoptees who were affected by these efforts.

Often painful to watch, this film chronicles the transition of an 8-year-old Chinese orphan who is adopted into a wealthy, Jewish family in Long Island. She struggles with isolation, confusion and anger as she is forced to adjust to a completely different life than the one she had grown accustomed to living.

Filmmaker Stephanie Wang-Breal is able to document an intensely dramatic change in Fang Sui Yong, the 8-year-old star of the movie. Sui Yong is transformed before the viewer’s eyes.

Wo Ai Ni, Mommy presents before the viewer, a young girl who’s past and origins seem to disappear into thin air.

Each of the films resonates with the viewer on multiple levels. The candid, moving interviews chronicle the unique experience of adoptees and their families and offer up an incredible experience unlike any other.

The event will conclude with a producers and audience dinner and dialogue on Sunday November 7, 2010. For more information on the films, visit www.mntrff.org or www.stanthonymaintheatre.com.

AdopSource was created in 2007 by Korean adoptee, Ami Nafzgar.  AdopSource’s mssion is to support the integration of culture, identity, and life experience for adopted individuals, their families, and the greater community.