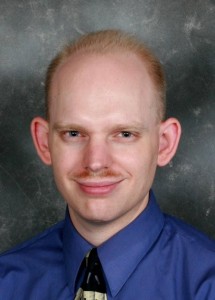 ST. PAUL, Minn. – Paul Holmgren is the Republican candidate for Minnesota State Representative 65A – aiming to replace the seat left vacant by DFL Rep. Cy Thao who decided not to run again. Holmgren said he is a one of many common citizens of a district and wants to represent their voice that not heard at the capitol.

“Taxpayers are the backbone of our society,” said Holmgren. “There is not a clear voice speaking for them at the state house. I seek to say, ‘Are these functions of government going to benefit all taxpayers or just a chosen few?’”

Holmgren said more people share his humble upbringing and continue to live in a world with real financial constraints. He said the legislature is not addressing the issues that our state is facing and he seeks to deal with those issues head on.

The state budget is a top priority of Holmgren, and he said that any and all items that are not mandated by the state’s constitution should be considered with a projected $5.8 billion deficit for the coming biennium.

“We need to move to a modified version of zero-base budgeting where proposed increases in specific spending must be justified,” he said. “The state does not need to increase taxes; it already takes too large a piece of the total economic activity. Let the producers in the private sector produce jobs for her residents.”

He describes wasteful spending as any program that does not meet the needs of all the people in the community.

“Our constitution gives allowance the ‘general welfare,’ but that does not cover many of the programs which have been added in the last several generations of our legislative leadership,” he added.

Holmgren said that over generations the state politicians have destroyed the economic structure that once provided jobs for Minnesotans and that only a change of leadership can bring real change. As a Board Member and onetime treasurer of Thomas/Dale District Seven Planning Council, he said, the experience has taught him the difficulties of dealing with cash flow budgets (projected income versus actual income), and the difficulty of seeking funding and the strings attached to those sources.

Paul Holmgren was raised in the Frogtown neighborhood and studied graduated from Saint Paul Technical College in 1998 with an Accountant Diploma. He is a retail sales associate and together with spouse Rose Xiong is raising three daughters, Xia Xee, Kana, and Priscilla.

He said that 30 years in Frogtown has proved to him that nothing ever stays the same. He said the history of 65A, which now includes Rondo, Frogtown and part to the North End, show that various levels of government has overstepped its role and continues to do so to this today.

“I will seek to improve the live of all the citizens I seek to serve regardless of how they diversify themselves,” he said.

Another point that Holmgren hammers home is what he describes as a disproportional tax burden placed on individual income, property, and small business. He takes the view that different levels of government should have exclusive use of certain methods of taxation.

“The state places disproportional burdens on the productive classes in our society,” he said. “The property is the most disproportionate because it effects business owners in ways the individual taxpayer either homeowners or renters will never see until they become part of the business class.”

The Central Corridor Light Rail and other development will transform University Avenue and most of the district during its construction scheduled to end in 2014, and then its long-term impact on reshaping the vision business and residential district.

Holmgen dislikes LRT and said that government projects like this tend to “shred the fabric of the communities it is intended to help.”

“The business owners on the eastern end of University Avenue and also on Rice Street will be forever affected and will either move to a new location if one can be found or simply close and never return to this part of Saint Paul,” he said.

His view of social services and job training programs is that the “best way to learn is to go out and do!”

“What the progressive mindset has done to keep these programs alive is to distribute tax receipts that are paid by corporation and individuals to nonprofit businesses who train specific groups of people,” he added. “This is an extension of the welfare state which is full of fraud and abuse and needs to be cut by the state legislature.”

Holmgren said that education was once a function of the family.  He said government policies and practices taken those choices out of reach of most families. He said there would need to be drastic cuts in these areas.

He would reform K-12 public education to improve student achievement by returning to its intended design 152 years ago when schools were based in the communities where the families live. He would decentralize the current system through redistricting and make each school district independent by making them raise their own budgets.

“The state is already in arrears to the several districts around the state,” he said. “If any funds are to be given to school districts it should be a flat amount per enrolled student.”

Likewise, he said the state should not be involved in the healthcare business. He said the mandates that require multiple types of policy coverage needs to be reduced.  He also said Minnesotans should be allowed to buy policies outside the state and from for-profit companies just as with auto and homeowner insurance.

“MinnesotaCare should be unfunded, the tax which funds it repealed and the client base it serves be bid out to private insurance companies for management,” said Holmgren. “Here are three ways to lower the cost for all Minnesotans including those who get their insurance from the state.”

Holmgren distinguishes himself from his opponent as a common sense voice of the district.

“I do not make promises to ‘bring home the bacon’ with projects in the district,” he said. “The healthier the Minnesota economy, the healthier the local economy will be.”