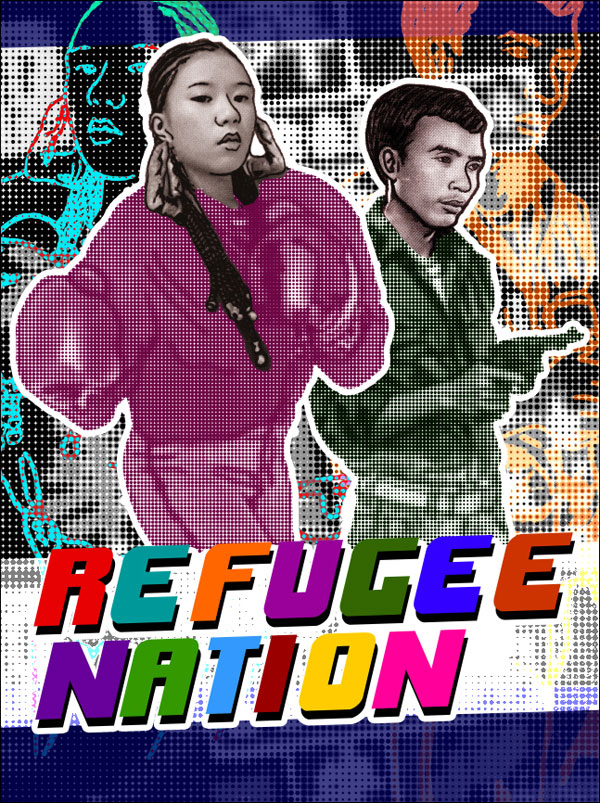 MINNEAPOLIS (September 28, 2010) – It took nearly five years to bring them here, but Refugee Nation, a play filled with comedy and action that’s won acclaim from refugees across the United States, is coming to Minnesota for the very first time in October.

Co-presented with Pangea World Theater, the Lao Assistance Center and Intermedia Arts, Refugee Nation is an interdisciplinary/multi-media collaboration exploring the impact of war, refugees, global politics and U.S. citizenship. It has performed across the United States, but this will be the first time it has ever been presented in Minnesota.

Since 2005, the actors have collected oral histories and use performances to reveal connections between the U.S. and Laos. The play brings voice to a community typically excluded from both mainstream and Asian American textbooks and art. Lead actor Ova Saopeng takes the community through a heartfelt journey searching for identity, meaning and the secret histories of his community with actress Leilani Chan and fellow actor Lidet Viravong.

“We’ve very excited by this,” said Lao American writer Saymoukda Vongsay. “They’re inspiring Lao youth and elders across the country, and I’m happy we’ve come together as a community to bring them here.

A mother lives alone in the darkness. A father struggles to forget a lost war. A son battles in the streets of urban America. A daughter searches for answers in her community. These are the stories that are told during Refugee Nation. The play asks, What can we learn from the wounds of a war over 30 years ago in the hope to find healing?

Through theater and movement the artists re-construct the stories of families trying to rebuild a community that has been spread like ashes across the U.S. and the world.

Many of the stories emerged from the stories of local Laotian Minnesotans who have never had the chance to see their stories performed live on stage since the play first began touring.

Presenting their very personal reconstructed memories, Refugee Nation seeks to create a performance to create dialogue about the Laotian community to promote restorative justice. During this production, audience members will also have a chance to see the Legacies of War exhibit.

“I’m particularly excited to see both Refugee Nation come here combined with Legacies of War,” said Bryan Thao Worra, a Lao American poet. “Individually, both programs are powerful, but together, they present a perspective on our community that has been needed for many years.”

In the 1960s and 1970s, when, due to the bombing, Lao civilians became refugees of ‘The Secret War,’ and had no language or tools to communicate with the outside world about their experiences except through a series of crude, hand-drawn sketches shown to visiting foreigners.

But this art was enough to provoke questions that ultimately led to a global awareness of what was happening during the CIA’s covert war in Laos, and these sketches contributed to shaping the destiny of over 400,000 Laotians and Hmong in the United States today.

The Legacies of War National Traveling Exhibition has traveled to ten U.S. cities and to Dublin, Ireland, and made its Midwest debut at Intermedia Arts on September 30, 2010. The exhibition runs through October 24, 2010 with film screenings, community workshops, and discussions throughout the month.

The results brings to light the hidden stories of Laotian Americans around the U.S., but one that is able to unite people from all types of backgrounds, ethnicities, and histories by relaying the ideas of change, loss, struggle, healing, and the unrelenting strength of the human spirit.

Performances run from October 8-17, at Intermedia Arts, 2822 Lyndale Avenue South, Minneapolis. Tickets are $10 advance, and for students and seniors, or $12 at the door. Purchase tickets online at www.IntermediaArts.org, or by calling 612-871-4444. Find out more about the production online at http://www.refugeenation.com.