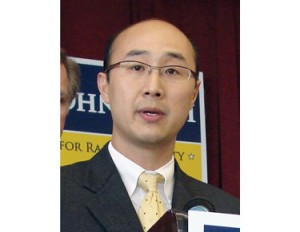 “It’s no surprise that John has such broad support from Ramsey County Mayors,” said Klausing, who has been Mayor of Roseville since 2004.  “He is exceptionally well qualified to be County Attorney.  John understands how to manage prosecutors and he has a proven record of developing innovative solutions to problems like domestic abuse and gang violence. We need his leadership in Ramsey County.”

“Considering the tough economic times facing our state and country, its important that our next County Attorney is someone who understands how to manage a budget and do more with less,” said Lindstrom, the Mayor of Falcon Heights since 2007.  “When John was Saint Paul City Attorney, he found ways to save taxpayer dollars while still achieving phenomenal results.  That is why I’m supporting him for County Attorney.”

“John has worked very hard to reach out to every community in Ramsey County,” said Maplewood Mayor Will Rossbach.  “When he’s County Attorney, he’ll make sure every voice is heard.”

For a full list of John’s elected supporters, visit www.votejohnchoi.com/supporters.