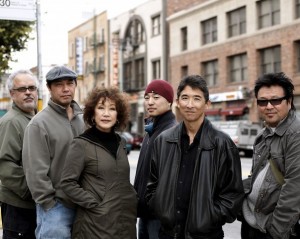 Hiroshima and its Grammy nominated album, “Legacy” (Heads Up International label) will offer an opportunity to take part in a discussion with the band in addition to its Minnesota performance on their North American tour. “The Movement”, a “Hiroshima Discussion with Dan & June”, and described as workshops for koto, taiko, recording and composing, and social diversity, will be held Sept 27 at the Hopkins Center for the Arts, 1111 Main Street, Hopkins, MN 55343. Hiroshima will follow up with a performance the following night on Sept 28 at Hopkins Center for the Arts.

Hiroshima’s latest CD, “Legacy” was nominated Album Of The Year in the Best Pop Instrumental Album last February. The award went to Booker T. Jones for his “Potato Hole” recording (Anti label). Also in the category were The Rippingtons Featuring Russ Freeman; and Spyro Gyra.

Now marking their 31st anniversary and in the midst of its Legacy tour – Hiroshima calls this a very new step for a band that is not fading into the background.

Legacy is music from Hiroshima’s first decade. It includes songs from their first two gold records, “Another Place” and “Go”. It also contains songs like “Roomful of Mirrors,” “Dada,” “Another Place,” and “One Wish”, the songs they wanted to make available the albums are hard to find.

Fans that have the original recordings may enjoy the live setting of the vocals focused recordings on Legacy. The band has a trio of great singers including its former lead singer and permanent family member, Terry Steele, the soulful Yvette Nii, and the legendary Jim Gilstrap.

For more information call 952-979-1111 or visit online at http://www.hopkinsartscenter.com. Visit the band at www.hiroshimamusic.com and on Facebook and Myspace.