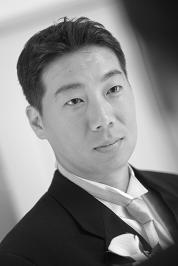 TaeHun Kim is an American, through and through.

A successful executive and attorney with a good education, he lives the American Dream every day, but he also knows that there is another side to being Korean-American, in which it is very difficult to claim complete assimilation into American life.

“For Koreans in America, there is a strong sense of wanting to be Americans and make the most of the freedom and opportunity for success that America has to offer,” said Kim, author of War With Pigeons (www.astorytelling.com), a novel that chronicles how Korean families from different classes live together as Americans, as it peels back the veil of the hidden Korean society that exists outside the view of non-Koreans.

“But there is another side to being a Korean in America – an enduring adherence to the long-standing traditions of a Korean class system characterized by an aristocratic sector that rules over a working class population – and if you’re not Korean, you’d never know it’s there.”

The parameters for legitimacy and social standing have evolved over the past few decades, he added, as the traditional emphases on pedigree of birth and education have given way to the unprecedented wealth accumulated by many in connection with South Korea’s rapid economic development. Koreans in America are typically eager to be legal citizens, according to Kim, in order to gain that additional stamp of “legitimacy” which is so critical to their standing in the Korean community.

“In the U.S., less than 9 percent of the illegal immigrant population comes from Asian countries, with Koreans making up a small percentage of that small percentage,” Kim said. “The reason is that the Korean class system is based on social standing in the community which in turn depends on legitimacy, whether in the traditional context of birth or education or the more recent context of industrial success. It’s extremely difficult to take part in it if you are here illegally, because you would lack the requisite legitimacy.”

There is a generational rift inherent in the Korean immigrant population, however, that Kim believes is making it difficult for either the older or newer generations to completely assimilate to life as Americans.

“On the one hand, the original émigrés from Korea came here wanting to be Americans, to live in the land of opportunity, to learn English and be part of society,” he said. “But the hardships they faced, undoubtedly similar to those faced by other immigrants groups, coupled with the language and cultural barriers have created a hidden infrastructure in the Korean community. Many of the old guards still hold true to certain traditions steeped in the class structure, and it is even possible to live and work within that community without ever having to learn English. The entire business and social structure is built as it exists in Korea.”

On the other hand, the newer immigrants proceed from a sense of entitlement that is fostered by a number of factors. First the newer immigrants are often from wealthier backgrounds and “the land of opportunity” appears much less charitable to them than they did to their predecessors. In addition, they are coming to the States at a time when the earlier sense of gratitude to the US for its role in the Korean War has given way to more negative views on the US’s participation in international affairs. Finally, the growing prominence of Koreans on the world stage – whether in the context of the Olympics, the World Cup, or the manufacturing of automobiles and electronics – is creating a sense of pride in just being Korean.

“The younger generation has no problem adopting more Western attitudes regarding their outward lifestyle and ignoring the old traditions,” Kim said. “They may ignore many of the more archaic elements of their heritage, but they still see themselves as Koreans first, and may adopt a more combative ‘us against them’ mentality when it comes to other groups.”

Kim believes the combination of these pressures, from the older generation to the younger one, will continue to force Korean Americans to live just outside of the mainstream.

“It makes us neither fish nor fowl,” he said. “In many cases, some Koreans don’t feel terribly connected to their home country, but they never truly feel like Americans, either. They are somewhere in the middle, torn between the extremes of the inner circles of the many Korean communities around America and the forces of westernization and modernization that are inherent in living and working as American citizens. It’s been this way for decades, and I’m not sure it’s going to change any time soon.” 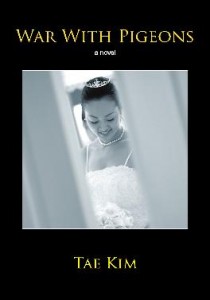 TaeHun Kim was born on March 17, 1970 in Inchon, South Korea and immigrated to the United States in 1971. He spent most of his childhood growing up in various areas of Brooklyn, New York, most notably Mill Basin. In 1982, Kim was granted admission to attend Hunter College High School – a magnet school located in Manhattan’s Upper East Side.

He graduated from Hunter with varsity letters in both baseball and volleyball and was awarded the US Marine Corp’s Distinguished Athlete Award in 1988. He received his Bachelor of Arts degree in History from Haverford College in 1992 and his Juris Doctor degree from New York University School of Law in 1995. He worked as a securitization attorney for many years at Brown & Wood LLP and then a senior credit officer for Moody’s Investors Service. He is currently a senior vice president at a global bank.

November 24, 2022
Hong Sangsoo’s ‘The Woman Who Ran’ and ‘Introduction’ make a cinematic diptych