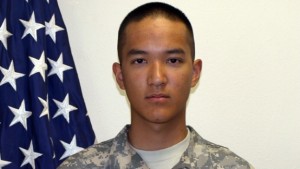 Four years ago, 19 year old Private Danny Chen died of non-combat injuries while serving in Afghanistan. The investigation following Private Chen’s death detailed abuse, including racialized hazing, verbal harassment, and other forms of physical abuse from both his peers and superiors.

“The death of Private Danny Chen was a tragic loss to our community. When Americans like Private Chen decide to serve our country, we must honor their commitment by holding the military accountable for their health and wellbeing,” said Michael W. Kwan, OCA National President. “In honor of Private Danny Chen and all the victims of military hazing and bullying, we acknowledge the significant leadership and dedication of our New York OCA Chapter Presidents June Jee and Liz Ouyang, the NY/NJ area OCA members, and their community based partners.

“Together with Congressional leaders, we will continue to advocate for improved anti-hazing policies, regulations, and a comprehensive database to enhance data collection throughout all branches of the military,” Kwan added. “The brave men and women who risk their lives to protect our country deserve to be safe, especially from harm from within the ranks; and, we must hold our military leaders accountable for the health and well-being of those who serve under their command. Only then can we hope to prevent further tragic and unnecessary losses. OCA will continue to fight for more data and comprehensive training within all branches of the military until the safety of all military personnel is ensured.” 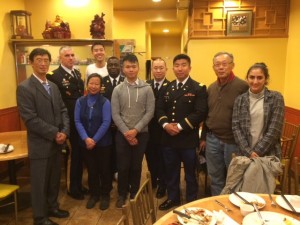 Private Danny Chen’s death, along with other tragic cases, including that of Lance Corporal Harry Lew, has led to national dialogues and efforts to eliminate unsanctioned hazing, bullying, and violence from military culture. Through the on-going partnership between OCA, OCA – New York, members of the anti-hazing coalition, and the Congressional Asian Pacific American Caucus, led by Congresswoman Judy Chu, legislation has mandated hazing reports from each branch of the military, along with an independent report from the Government Accountability Office on hazing prevention policies and tracking systems in the armed forces. Additionally, through these efforts, the Army has changed their definition of hazing and also included bullying as part of their training curricula, using the experiences of Private Chen and others that had to endure such atrocities.

Congresswoman Judy Chu (D-CA) said “The death of Private Danny Chen was a tragedy that should have been avoided. A patriot who chose to serve his country, Pvt. Chen’s bright future was cut short by the ongoing and inexcusable problem of hazing in our military. The full gravity and complexity of military hazing can only be understood and prevented when every branch of the military has comprehensive tracking and reporting systems. Saving others from the hazing that Pvt. Chen endured will save lives and improve the quality and cohesiveness of our military. That is why my amendment to direct the Government Accountability Office (GAO) to investigate hazing in all branches of the military was included in the 2015 National Defense Authorization Act.  It is my hope that this report will have recommendations on how hazing reporting can be improved so that we can avoid these tragedies once and for all. We cannot continue to turn a blind eye to racism and hazing, and fail our brave men and women who serve our country.”